The nearest LRT station to Merdeka Square for the parade is the Masjid Jamek LRT Station. 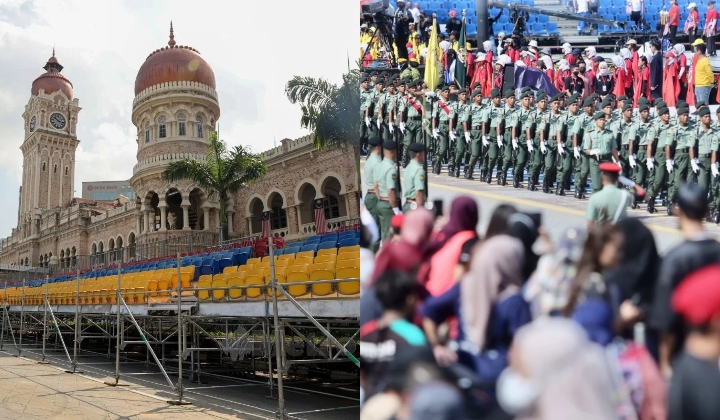 A lot of things were cancelled and postponed for two years due to the Covid-19 pandemic. That includes the Merdeka Parade.

But worry not, we’re coming back extra strong this year with the 65th Merdeka Parade!

With that being said, a lot of people are gonna come together to Merdeka Square tomorrow on the 31st of August to witness the parade.

But a lot of the streets are closed, so the public is advised to use public transportation to get to the parade.

Thanks to a video uploaded by @mekbungo30 on TikTok, she has shared a guide for those who wanna take the LRT and MRT to the Square. You can also catch a sneak peek of the Merdeka rehearsal on her TikTok page.

Some of the tips that she shared were:

Trains for tomorrow are going to begin their operations at 4.30 am specifically to bring the public to the parade so plan your journey properly. The parade starts at 7 am so, get your patriotic spirit on and let’s be the early birds!

You wouldn’t wanna be late and miss the long-awaited parade, do you?

Besides that, you should also bring your umbrella, a bottle of water and have your breakfast first before you head to the parade. It’s going to be packed and hot. So better be ready.

Hey, while you’re in town, stop by these F&B places and go get the 65th Merdeka Day discounts!

READ MORE: Get Ready To EAT This 65th Merdeka Day – RM6.50 Is The Magic Number