The tank stalled on the road and caused slight traffic congestion. 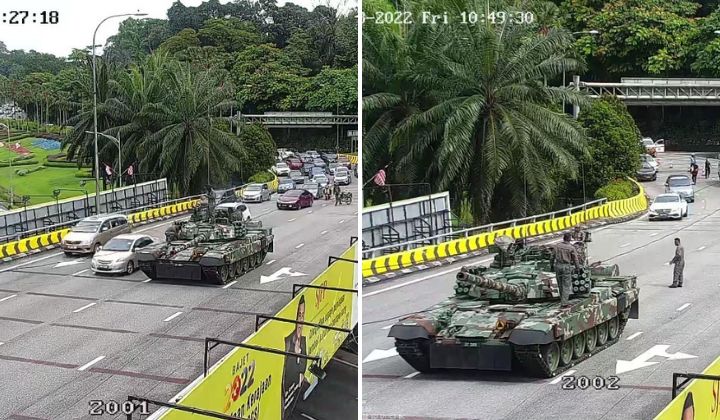 A tank broke down along Jalan Damansara at the slip road near Carcosa to Kuala Lumpur Sentral.

According to a Kuala Lumpur City Hall (DBKL) spokesman, the tank was used for the Merdeka parade rehearsal on Friday morning (26 August).

The unfortunate breakdown caused slight traffic congestion in the morning.

The Star reported that a few rangers arrived on the scene around 10.50am to help and the Malaysian Armed Forces (ATM) was informed of the situation.

According to DBKL’s Kuala Lumpur Control and Command Centre’s Facebook, the stalled tank was successfully towed to the side of the road around 11.21am.

Netizens found the situation humorous and asked whether the tank stalled because it ran out of fuel.

Fortunately, we are not at war because imagine what would happen to us all. The enemies would have laughed at us if the tank stalled during a crucial moment.

On the other hand, a netizen said it showed that Malaysia is so peaceful that the tank was underused which led to the engine malfunctioning.

Imagine if we are at war…. the enemy must be laughing🤣