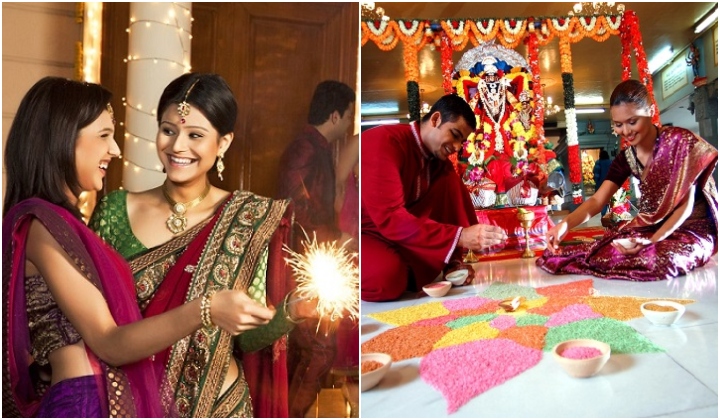 However, we fail to recognise the nuances in each of these ethnicities at times. For one, the long running assumption in Malaysia is that Indian = Hindu Tamil.

The truth is, the Malaysian Indian community is far more complex. Besides Tamils, Malaysia is home to Malayalees, Telugus, Punjabis, Bengalis, Sindhis and Gujaratis, who are not all Hindus. Many practice Islam, Christianity, Sikhism, Buddhism, Jain and even the Baháʼí Faith.

Deepavali aka Festival of Lights is a Hindu celebration that celebrates the triumph of good over evil based on the face off between Lord Ram and Ravana as told in the ancient Indian epic called Ramayana.

Although a major celebration for Hindus, Deepavali’s significance is not the same to non-Hindu Indians and certain communities.

Should I stop wishing my Indian friends Happy Deepavali?

Well, not really. Malaysian Indians still appreciate the thought that goes behind the wish, and for the most part everyone enjoys the open houses, firecrackers and beautiful garments.

However, knowing when and how to wish your non-Hindu Tamil Indian friend shows greater respect and understanding to their cultures.

So here’s when you should wish your Indian friends instead:

Despite being Hindus themselves, Deepavali simply isn’t that big of a deal for the Malayalees.

The harvest festival Onam (August-September) and the Malayalam New Year Vishu (mid-April) are the most important celebrations for this community.

In Malaysia, Sikhism is the dominant religion of Punjabis so they’re often used interchangeably or simply called. FYI, they’re the people with Singh (males) or Kaur (females) in their names.

For Punjabi Sikhs, the day of Diwali coincides with Bandi Chhor Divas, or Day of Liberation although Sikhs have historically celebrated Diwali together with the Hindus. Bandi Chhor Divas is an event in Sikh history when the 6th Guru was released from prison by the Mughal Emperor Jahangir and freed 52 other Hindu kings with him.

The most important day for the Sikhs is Vaisakhi (mid-April), which marks the formation of their Khalsa identity which is visually seen as wearing turbans, keeping uncut hair and a stainless-steel bangle.

This day usually coincides with Vishu and also Tamil New Year, Puthandu. So mark your calendars to wish most of your Indian friends in April!

Sindhis are a diverse bunch who are Christians, Hindus and even Muslim.

For Sindhi Hindus, they do celebrate Deepavali, but it is known as Diyaree. (Deepavali = Diwali = Diyaree).

Another important festival is Cheti Chand, the Sindhi Hindu New Year which typically falls between late March and early April.

Christmas and Easter are the most significant celebrations for Indian Christians in Malaysia, so you should wish them “Merry Christmas” in December or “Happy Easter” in April.

There you go, a brief overview on the diverse celebrations and festivities of Malaysian Indians.

So when your Indian friend says they don’t celebrate Deepavali, you now have a clearer idea why.

If you learned something new, share this article with your friends and family too.