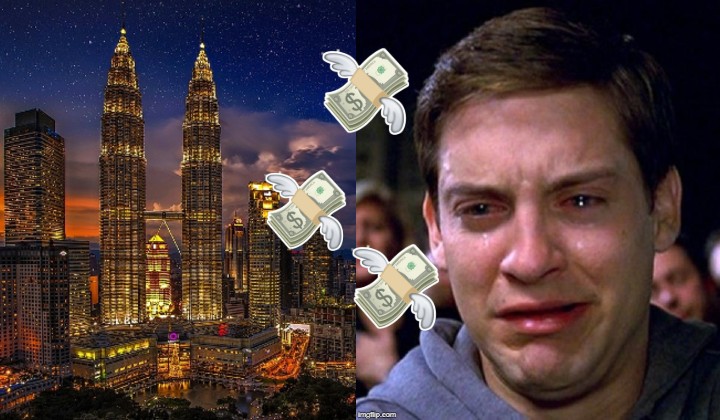 You know, weâ€™ve always complained about how curry puff is no longer 30 cents, or how our morning nasi lemak bungkus is creeping closer to RM3. Even Tiger biscuits are no longer RM1!

However, itâ€™s not all bad news!

Malay Mail reported that KL didnâ€™t experience a rise in prices, but currency fluctuations resulted in the Ringgit declining against the US Dollar by 4%. KLâ€™s rise in position was also due to the movement of other cities.

Interestingly, KL was ranked higher than Glasgow in Scotland (145), Belfast in Northern Ireland (158) and Ottawa in Canada (161). (*hint* *hint* if youâ€™re planning to move abroad someday. Or even go for a holiday.)

In case youâ€™re wondering, the worldâ€™s most expensive city is Hong Kong while Tokyo is the second. If youâ€™re planning to visit these places anytime soon, youâ€™ve been warned.