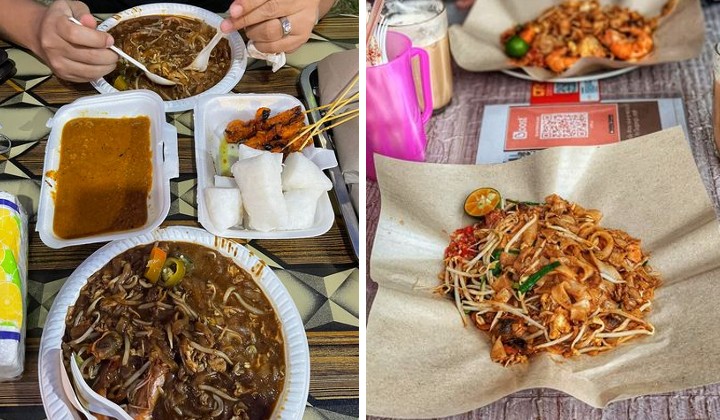 Here we are again. Back to the same old argument.

A classic Malaysian and Singaporean dish. Those who haven’t had them are surely missing one of the pleasures of life.

However, is CKT dry or not dry? That is the question.

Recently, a Twitter account that’s been known for updating netizens’ reviews of the best places to eat in Malaysia, has uploaded a tweet suggesting the best Char Kuey Teow in Sungai Buloh.

To some netizens’ dismay, they disagreed with the admin’s usage of the word “Char Kuey Teow” to refer to the gravy filled plate of wet flat rice noodles. One user replied that it’s tiring to always get the wrong food and it’s another added task to explain to the hawker that they just want the original dry CKT.

For some, they think it wasn’t really a big issue to debate on. It’s just another variation of the dish and some people know it by that name. One also gave an analogy of another dish called “Nasi Goreng USA” but it doesn’t literally mean the country or even the acronym for the ingredients.

Actually What Seems To Be The Issue Here?

It all boils down to the name of the dish. Char Kway Teow (there are many other spelling variations of the name too).

Some Malaysians deemed CKT to be the wet version. Mind you they’re just confused because their whole life, they’ve been growing up seeing CKT being served by street food vendors, wet. So it’s a bit hard for them to accept the common misunderstanding.

But we do understand why some Malaysians are annoyed with the wet version because the actual name literally and undeniably means “stir-fry flat rice noodles”. Meaning dry noodles. Not wet.

So to have people calling the literal name of a dish with the ultimate opposite meaning is kinda frustrating. It’s like calling an iced Milo, hot Milo, explained one Facebook user last year, quite deliberately in his post, explaining the etymology and syntax of CKT.

Let’s Dive In About The Story Behind CKT

The dish came from China long ago, from the Teochew and Hokkien people coming to Penang which was under British rule in the 19th century.

The Hokkien people found jobs in rubber plantations and as traders as well as merchants while the Teochew people became tin miners and fishermen here in Penang. Along with them, came their unique cuisine too.

The dish was originally a simple noodle dish with pork, fish sauce, and soy sauce but it was adapted to the local’s seafood palate. It was a labourer’s cheap, fast and tasty option to get them running under the hot sun.

For extra taste, it is said to be fried with lard too although there are halal versions of this dish in Penang as well.

Variations Of The Dish

Although the original version of the dish is actually a dry-fried dish, the Malay version of it usually adds in a little water to make it moist and with gravy.

Did you know that the Singaporean variation of the dish has a combination of flat rice noodles as well as tubular yellow wheat noodles? We also have that in Malaysia too if you know where to find them.

Call It Whatever You Want, Both Are Phenomenal

There’s no right or wrong when it comes to your taste palate. If you like it, then it’s your rendition of the original dish.

Although if you wanna replicate, a little credit goes a long way. Plagiarism is not fun when you disregard the original owner’s hard work.

So credit or at least learn where the source came from so that people can learn new things.

Anyhow, here, try these awesome places in the Klang Valley for their Wet Kway Teow.