There are around 1000 rivers the that have become major sources of plastic pollution in our oceans. 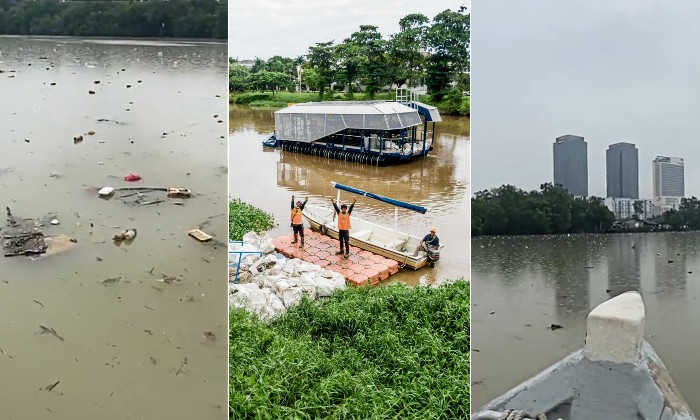 The Ocean Cleanup crew is scouting for new locations to deploy another autonomous river cleanup boat, the Interceptor, and it looks like they may have found it in Johor Bahru.

Sharing footage of a very polluted looking Sungai Tebrau on their social media page, the NGO claims, by their estimate, that the river is the 53rd most polluted river in the world, and one of 1000 rivers on earth that’s a major source of plastic pollution in our oceans.

Currently, there are already two Dutch-made Interceptors working to clean up the Klang River in Selangor, which was also credited as one of the most polluted rivers on the planet.

Malaysians online were super devastated and embarrassed by the sight of one of our rivers looking so trashy.

This is very sad. We are blessed with beautiful oceans and rivers but we just dont know how to appreciate them. https://t.co/gXUBv3z1hF

This is sad and concerning. 😟 https://t.co/sxREq1lJc9

For years, environmentalists have been sounding the alarm that pollution is having a deadly effect on rivers in Johor.

Vincent described that the pollution at Johor’s rivers, including Sungai Tebrau, Sungai Skudai, Sungai Kim Kim and Sungai Tengkorak was effectively killing and leaving these rivers dead and deprived of life.

He said that pollution was responsible for depleting the rivers of oxygen and making them as well as other ecosystems connected to them, like mangrove forests, unable to support aquatic life like fish, prawns, mud crabs, cockles, mussels and snails.

This has forced local fishermen as well as people from the Orang Asli communities further out to sea in search of their catch.