After Fauzi Nawawi’s rape joke on live TV yesterday, several prominent Malaysians have spoken out about it. 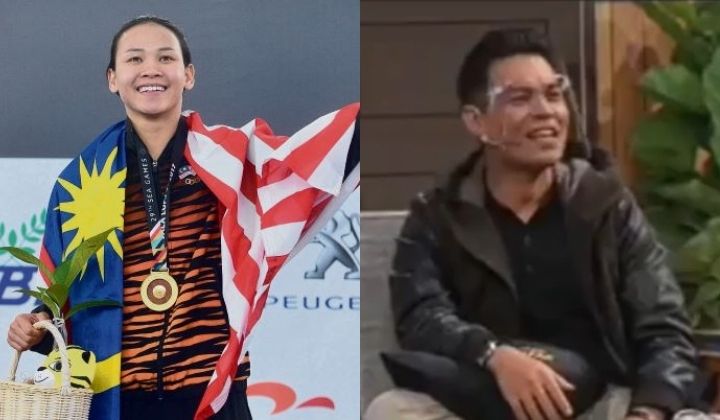 Rinong said she once had a diving coach who loves making rape jokes. Just like many women in these situations, Rinong felt uncomfortable but she just kept quiet or faked a laugh whenever it happened because she was afraid of him. It also doesn’t help when the coach has the power of authority.

When Rinong finally confronted the coach about his unacceptable behaviour, she was bullied by the coach instead.

“7 years later, he [the coach] was caught for rape #rapejokeisnotfunny,” Rinong wrote.

“What’s upsetting is that he never stopped causing problems in those 7 years. As athletes, we couldn’t do anything because his biggest backup is our head coach,” she added.

Despite all they’ve been through as a team, she praised the sports association for having the athletes’ backs.

“We are very lucky that we are being protected safely by our sports association, who cares for us. Happy ending,” Rinong tweeted.

In response, Khairy Jamaluddin, who served as Malaysia’s Youth and Sports Minister from 2013 to 2018, thanked Rinong for highlighting the issue.

“Thanks for speaking out, Lela. There are still sports journalists who criticise the decision that we made to shake up Malaysian diving in light of these allegations a few years ago. I would make the same decision every single time,” Khairy wrote.

“Athletes’ safety from physical/ mental abuse > medals. All day, every day,” he wrote in a separate tweet.

Nawawi was interviewed with four other local celebrities on the Rumah No. 107 talk show last night when the 48-year-old actor admitted that he preferred filming both rape and robbery scenes.

He recounted filming a rape scene with his co-star Raja Farah Aziz and how he had to hide that he was enjoying it. He added that he had to control his tiredness and lust in the scene too.

“When people say I look like a rapist, I feel more excited to film the scene,” he said.

Since the airing of the interview, Farah and her husband Iskandar Ismail slammed Nawawi and the talk show hosts for making light of rape.

“I feel very vulnerable and disrespected by what was said in the clip,” Farah said in an Instagram video. “I hope those who were involved in the conversation will apologise personally.”

A post shared by Mama to Imran & Ilham Iskandar (@rajafarahraziz)

Following the public uproar, Nawawi issued a public apology on Instagram. “I would like to apologise to everyone who had been affected by the video, especially to Raja Farah, her husband, and her family,” he said.

Despite his earlier apology, his further clarification of the matter only showed that he still did not fully get what his mistake was.

“When we were shooting this segment, I had asked the production staff to censor the sensitive parts because whenever we talk among men, we cannot really control ourselves. And I accidentally let Raja Farah’s name slip. It is my fault, I was ignorant, and I will do better next time,” Nawawi added.

Comedian Harith Iskander reposted the interview segment on his Instagram with some thoughts.

“What is most distressing and scary about this conversation is how authentic and real it is,” Harith wrote in the caption.

“This person is admitting to being “turned on” (for real, not ‘acting turned on’) whilst shooting a rogol [rape] scene. And the others in this conversation who cajole him on and laugh at his story are just as complicit. I am NOT ok with this,” he wrote.