They were made to feel like perpetrators by their community instead of receiving support. 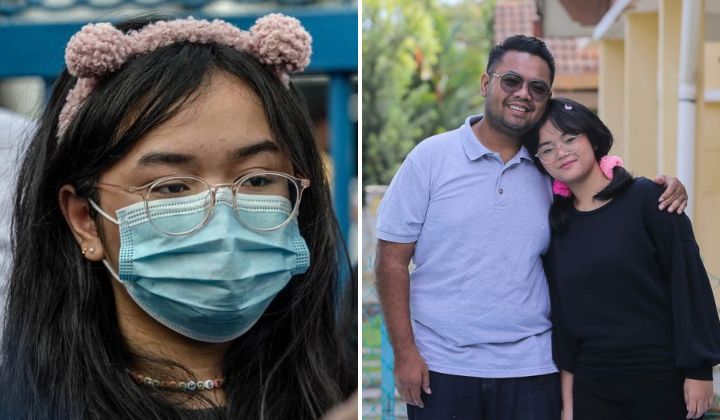 Sadly, standing up against a teacher and the authorities for trivialising rape in class has ‘punished’ Ain Husniza Saiful Nizam and her family instead.

Ain Husniza spoke up against a school teacher, 43-year-old Khairul Nizam Sanuddin, who made a rape joke during class in April 2021.

According to her, the teacher explained there were many laws protecting sexual abuse against minors and therefore should “rape girls when they are older than 18, not the ones younger than 18.”

Instead of getting support from the adults, Ain Husniza and her family faced intense backlash from the school, the students and the neighbourhood.

Free Malaysia Today reported that Ain’s father, Saiful Nizam Ab Wahab had to move the family from Puncak Alam to Cheras in October 2021 after they were made to feel as if they were the perpetrators.

Ain’s siblings in the same school were also taunted and teased. People were making all kinds of allegations against the family too.

Saiful said it felt pointless to battle the school and society. He added that the family didn’t appeal against her expulsion, for not attending school for three days.

My daughter was made to look like the cause of the incident when she was actually a victim.

The family decided to make the move to Cheras after Ain was offered a scholarship from Chempaka International School.

A police report lodged against the teacher and subsequent harassment was later classified as “no further action” by the Attorney-General’s Chambers and shelved.

The accused teacher tried to sue for defamation

The accused teacher, Khairul Nizam Sanuddin, has since filed a suit against Ain and her father for allegedly making defamatory remarks against him on social media and in press interviews.

Ain and her father filed a counter-suit against Khairul and the government for causing emotional distress by the rape joke and in the aftermath.

The others named in the suit were the headmistress at the time, Sarimah Mohammed Nor, Selangor education director Anismah M Noh, education minister Radzi Jidin and the federal government.

The latest development in the case was when the teacher and the headmistress were offered to be represented by government lawyers.

According to The Star, Ain and her father objected to the decision to have government lawyers defending Khairul and the former headmistress.

They believe it’s improper and irregular for a senior federal counsel to defend both defendants in the civil case.

They also claimed that government lawyers cannot act for the headmistress because she was no longer a public servant at the time the suit was filed.

The decision to have government lawyers defend the teachers drew flak from others too, including Seputeh MP Teresa Kok.

She said the senior federal counsel should limit their representations to government entities because it may set a bad precedent when federal counsel act for civil servants in their private suits.

According to Malay Mail, Teresa also questioned the government’s ethics in siding with the teacher who made the rape jokes.

Is this not tantamount to endorsing the misconduct of the male teacher in school? This sends a wrong message to the teachers and educators. I urge the Attorney General Tan Sri Idris Harun to withdraw the representation for the teacher and the ex-headmistress in this private legal tussle and stick to defending the government entities only.