There are a lot of theories behind Squid Game, but this one currently takes the cake. 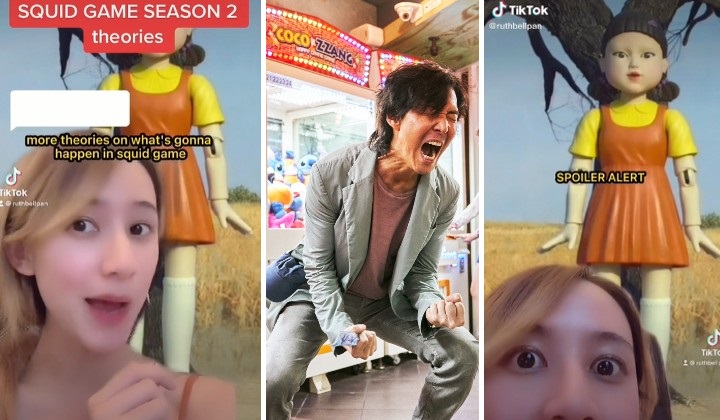 Are you like me that when you’ve finished watching a movie or a series, you immediately turn to the Internet for theories about pressing matters regarding the show?

Hot on the heels after writing my thoughts about some important lessons Squid Game has taught us, comes another contemplative topic – fan theories.

Read More: What Squid Game Taught Me That’s Not About Winning A Mass Murder Game Show

Video creator and influencer @ruthbellpan on TikTok has a series of theories that will blow your mind about Netflix’s hugely popular show.

But it’s one of her videos that really stands out. With 15.9 million views for the video titled “Squid Game Season 2 theories”, this one goes down in the museum of “Woah”.

Clue 1: In one of the earlier scenes of the series, Gi-hun is in line for breakfast and asks one of the guards for chocolate milk because he’s allergic to regular milk.

Player 1 then strikes up a conversation with him saying, “As a kid, I’m willing to bet you got spanked a lot” to which Gi-hun responds, “how did you know?”

Clue 2: In the game of marbles where Player 1 and Gi-hun team up, the following conversation ensues:

Player 1: You know, when I was a kid, I lived in a neighbourhood just like this.

Clue 3: Towards the end of the marble game, Player 1 asks Gi-hun whether the date is the 24th. He then mentions that his son’s birthday is coming up.

Flashback to an earlier scene from the series when Gi-hun tries to enter his ATM pin code using his birth date – it was “8-26”. 🤯

This theory supports the end

At the end of the series, we find out that Player 1 is the mastermind behind the whole game.

Could Player 1 have set the whole game up in a plan to find his son this whole time because what if Gi-hun is supposed to be the mastermind for the next game and that he was supposed to continue the tradition now that the old man has passed on?

Not to mention that the old man was the first player and Gi-hun the last.