Touted to be Netflix’s most popular show in the world, Squid Game is more than just a survival challenge. 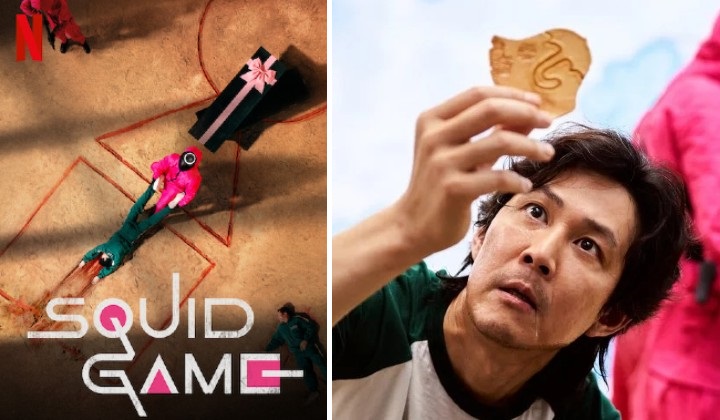 After societal pressures brought upon countless memes and media writing about it, I finally watched Squid Game and I can finally rest in peace, but not in the way some characters do so on the show.

Yes, there’s a lot of death involved in Squid Game but that’s to be expected from a show described as a South Korean survival drama.

What is Squid Game?

The Netflix series released on 17 September revolves around 456 players in a bid to win a whole lot of cash.

It sounds like any other contest except the games they play revolve around traditional children’s games, and the price of losing is your life.

For film fans of this kind of genre, it’s a cross between the Japanese thriller Battle Royale and Hollywood’s Hunger Games, and imagine they had a ménage à trois with Saw.

Written, created and directed by Hwang Dong-hyuk, the idea of Squid Game came up over ten years ago and is based on his economic struggles at the time.

The show also focuses on the class disparity within South Korea – something the Oscar-winning movie Parasite does so well too.

But is it good?

If watching all nine of the hour-long episodes in the course of a weekend says anything, then yes it was good.

It was also gripping, sadistic, and aroused nearly every emotion from anger, disgust, fear, happiness, and sadness.

Now that the hype has been relieved and I’ve had a few days to let it settle, Squid Game is more than clever to turn seemingly innocent children games into weapons of mass destruction, it teaches us important life lessons too.

The following may or may not contain spoilers so read at your own risk:

So, what did watching Squid Game teach?

Most of the players of Squid Game were in debt. Although the show doesn’t go into detail about why each character is there, we do learn the bulk of their problems comes from gambling, bad investments, and unemployment just to name a few.

While spending the money that first got you into debt may have given you temporary happiness, the headache of having to pay those debts off far outweigh it.

So what do you do to feel happiness again? You chase for more money, and with money as the biggest motivator in Squid Game, it doesn’t always have a happy ending.

Migrant workers do good but get mistreated anyway

We are introduced to a character in the series called Ali (played by Anupam Tripathi) who is a migrant worker from Pakistan working in a factory trying to support his family. But due to unforeseen circumstances, still needs money to get by.

We grow to like Ali for his cheerful disposition and to an extent – his naivety. He also (*spoiler alert*) risks his life to save an important character early on in the show and doesn’t have a “you owe me” attitude towards it either.

His positive character traits ultimately work against him, which sadly is also a metaphor for many migrant workers in real life.

Children’s games may be psychologically damaging

Speaking of metaphors, the children games played with a deadly twist in Squid Game can also be interpreted as psychologically damaging when played without having your life at stake.

One of the games, for example, calls for teams to be formed and is an awful anxious-ridden flashback for people who’d often get picked last in PE class.

Studies have found evidence that the pain of being excluded is not so different from the pain of physical injury.

Rejection also has serious implications for an individual’s psychological state and society in general. These people sometimes become aggressive and can turn to violence.

Never give up – not even in a pandemic

This may be an obvious one because if you give up in Squid Game (e.g. accept defeat and lose) you die.

The lesson is not in the games themselves, but in the show creator’s grit to pursue with the series after the script was rejected for 10 years.

At one point, Dong-hyuk had to halt on the scriptwriting and was forced to sell his $675 laptop for money.

In the decade or so waiting for the script to be picked up, several studios deemed it “too grotesque and too unrealistic”.

And while the pandemic forced many people to give up, Dong-hyuk believes it was the classist issues brought to the forefront during the height of the pandemic that made Netflix decide to purchase the show.

As of today, Squid Game still tops Netflix Malaysia’s  “Top 10 in Malaysia Today” at number two but previously reigned at number one for several weeks.

The series has also trended at number one in more than 90 countries.

Not bad for a show that was released nearly a month ago but took 10 years to grace the screens.

Netflix’s ‘All Of Us Are Dead’ Confirmed For Season 2!