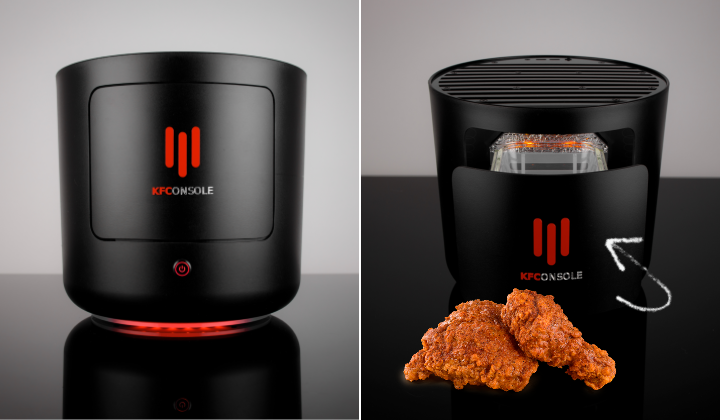 Move over, Sony, Microsoft and Nintendo, because the colonel is coming to conquer the gaming market with the official KFC gaming console.

The “finger-lickin’ good” fast-food franchise recently unveiled its project with Taiwanese computer hardware manufacturer, Cooler Master, for a tasty new gaming console which promises to run 4K visuals at 240FPS with ray tracing and topped with the colonel’s classic 11 herbs and spices.

See it for yourself. Find out more about the new #KFConsole @CoolerMaster: https://t.co/omZWuIhBG8 pic.twitter.com/6n5panSJIs

Dubbed the KFConsole, the system is hilariously envisioned by netizens to be the flavorsome future of the gaming world.

Please tell us you’ll be making a game version of “A Recipe for Seduction.”

where does the gravy go

Though most of the gaming community thought that the idea of the device was nothing but a gag, a representative from Intel computers came to confirm that the KFConsole was in fact real and comes complete with its own “chicken warmer”.

The built-in Chicken Chamber is said to utilize the game console’s own naturally generated heat to keep your pre-cooked chicken toasty while you venture off on your digital exploits.

According to the Cool Master website, the system is built on its custom NC100 chassis and is supported by an Intel Nuc 9 compact computer system and even a swappable GPU slot.

Check out the KFConsole’s official launch trailer on YouTube.

This is not the first time that the colonel had tried to crossover into the gaming industry. Did you know that KFC also has its own dating simulation game?

READ MORE: KFC made a Japanese-style dating sim game for all you Sanders-lovers