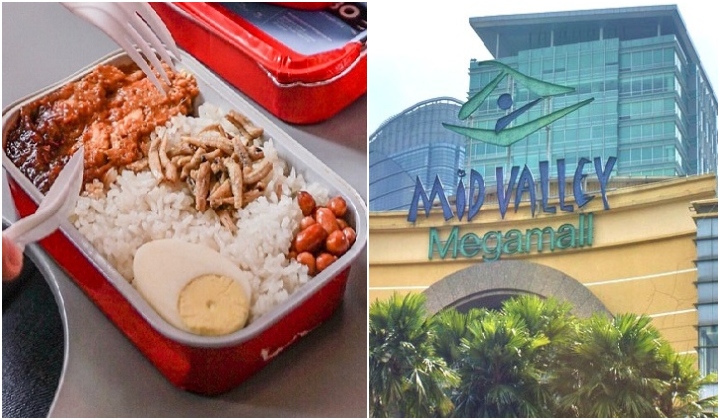 Airplane meals unfortunately have the reputation of being disgustingly bland. However, by some magic (or the Malaysian food obsession), AirAsiaâ€™s in-flight meals have always been SO.GOOD.

With its perfectly balanced chilli sambal and flavourful chicken rendang, the low-cost carrierâ€™s â€˜Pak Nasserâ€™s Nasi Lemakâ€™ is a firm favourite on any Malaysianâ€™s list of top 10 nasi lemaks.

Naturally, itâ€™s no surprise that everyone essentially lost their heads when AirAsia Group CEO Tony Fernandes mentioned that they were planning to open a fast food restaurant during a February 2019 interview with US talk show host Larry King.

Tony also mentioned that the upcoming restaurant will be called Santan and serve up their crazy popular in-flight meals. That Means Pak Nasser’s Nasi Lemak!

While no further details on the menu has been confirmed, past evidence has shown that AirAsia certainly knows how to serve up a scrumptious meal.

When the Santan in-flight menu concept was launched in 2015, it was with the goal to provide passengers with a gourmet experience while flying. Tony himself proudly proclaimed, â€œour food is as good as restaurant food!â€

For now, we can only speculate on which meals will be available at the upcoming fast-food restaurant, but hereâ€™s some possible options that are highly popular in the air:

Hungry Malaysians also rejoiced at the news while having a bit of fun at the low-cost carrierâ€™s expense:

Tony also revealed that franchises will be available soon. Hereâ€™s an opportunity for you, budding entrepreneurs!

Are you excited for the upcoming AirAsia Santan restaurant? Let us know what you want to see on the menu at TRPâ€™s Facebook, Twitter and Instagram!