He gained the post of Minister in what was essentially a minor reshuffle of a political coup. 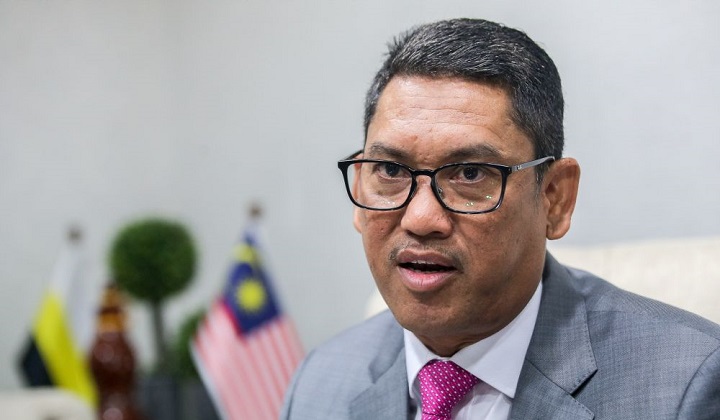 Datuk Seri Ahmad Faizal Azumu was dragged through social media and Parliament recently for questioning National Diver Datuk Pandelela Rinong’s intentions in digging up an old case of a coach who told inappropriate jokes and was eventually charged with rape.

Since then, calls for Ahmad Faizal’s resignation have been made by many, including DAP Iskandar Puteri MP Lim Kit Siang, with DAP Puchong MP Gobind Singh Deo saying he is unfit to be the Youth and Sports Minister.

Except Ahmad Faizal didn’t cast shade on Pandelela’s intentions or her claims.

During the press conference in question, among other things, Ahmad Faizal said he was investigating the matter and wanted to understand it completely, including why Pandelela brought it up now on social media.

While he’s clearly guilty of not keeping up with the latest scandal in Malaysia’s entertainment industry, he was not belittling her or the issue.

He also encouraged athletes like Pandelela to speak up on issues such as sexual misconduct and voiced his own role as a father dreading that his daughters may have to face such experiences.

Pandelela herself, the person being “supported” by the outcry against Ahmad Faizal, has also pinned a tweet on how she understands better what he said to the press after seeing a video of it and has welcomed his efforts.

It’s okay YB @PejaOfPerak , I understand the whole scenario now after watching this video. The male reporter who questioned you raised some red flag though. 🚩 🚩 🚩 https://t.co/2qXyc2lJ82

So why is Ahmad Faizal being dragged?

He was previously unseated as Menteri Besar of Perak when UMNO and DAP, the biggest two parties in national politics and sworn enemies, temporarily joined forces in the state.

How did Peja (as he is commonly known) then respond to his former allies and allies at the time?

He respectfully stepped aside, only taking a moment to say he really missed his friends in PH as they ousted him.

Despite the way he carried himself then, the decision was made long ago that Ahmad Faizal is condemned as a man who can do no good and is guilty until proven innocent, with no chance at the latter.

He says he is formulating the Safe Sport Act, establishing new programs and campaigns on Gender Awareness Training, Safe Touch/Safe Speak education and systems that will protect athletes from the start.

But OF COURSE, he’s ONLY doing that now to save himself because Ahmad Faizal is on the side that is not our side, and that is the only thing that matters in our country’s political discourse.