The woman was slammed by netizens for misinterpreting the label. 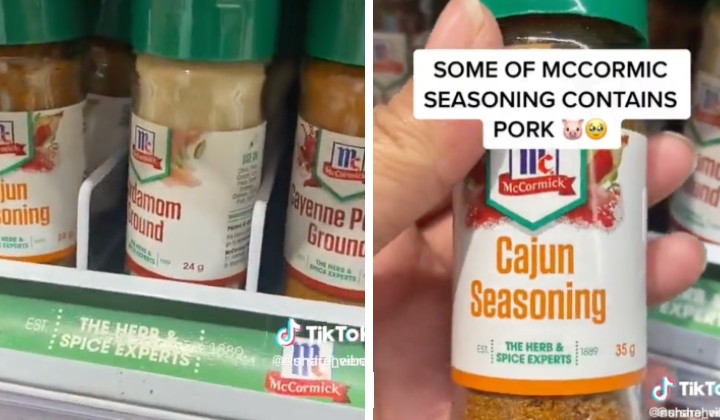 A woman recently created an uproar on social media when she claimed that a famous brand of spices from the United States contains pork in its products.

The woman, whose TikTok username is @nurshaheeraaa1, uploaded a video showing the spices being sold at a local supermarket.

In the video, the woman showed the label of the spices with the word ‘pork’.

However, netizens soon pointed out the obvious flaw in her story.

They pointed out that the ‘pork’ mentioned on the label merely suggests how to use the spices.

Not amused, they criticised her for jumping to conclusions without correctly reading the label.

The original posting was eventually deleted after being bombarded with criticism.

Despite her explanation, some netizens remained sceptical and said their voices sounded similar.

Why Is Bak Kwa A Must-Eat During Chinese New Year?