The focus ahead is ensuring a good performance in the Paris Olympics in 2024. 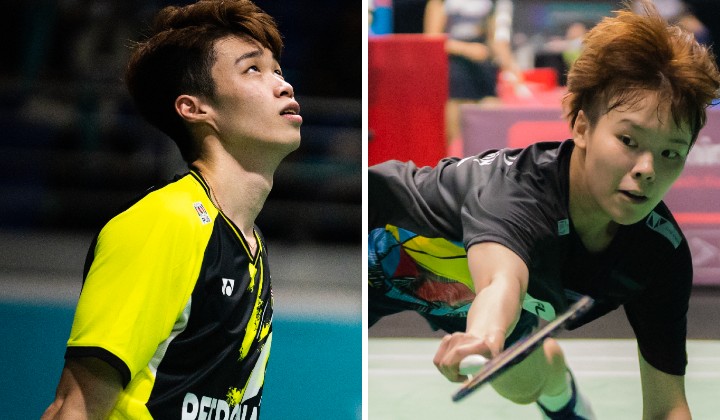 The national players did not show their full potential in Malaysia Open 2023 badminton tournament.

She added that being under pressure is merely an excuse which is not acceptable.

However, she admitted that it is the joint responsibility of the players and the ABM management.

The players said they did not enjoy and are not having the joy to play badminton anymore because they are under tremendous pressure. Why was it that before
becoming a world champion and players ranked in the top 10 could handle the pressure? They didn’t just enter ABM yesterday, some have been there for eight years.

ABM CEO Michelle Chai telling the national players not to give excuse.

She said they need to find a way to revive the joy of playing badminton that was once part and parcel of the players.

The players do not have discipline issues such as problems in training or returning to the accommodation late at night.

But Chai stressed that discipline alone is insufficient to make them great players as sacrifices from the players themselves are needed, especially to realize the country’s first Olympic gold medal dream.

Chai also takes responsibility for the inconsistent performance of the national players and demands them to perform their role as players in the top 10 rankings in the world.

We do not intend to fine them, it is not a good solution. We need to find a balance, to make sure players enjoy playing. Dealing with the current generation of players is not the same as 10 years ago, now it is different.

ABM CEO Michelle Chai on the changing aspects of the game.

The aim is to provide a special diet and psychological support to the players so they can do well in Paris Olympics 2024.

The national players have been under intense scrutiny from fans after none made it past the quarterfinals.

Aaron-Wooi Yik, who went down as the world’s third-ranked pair, lost to the world’s sixth-ranked Liu Yu Chen-Ou Xuan Yi of China in the second round.

Pearly-Thinaah lost as early as the first round to Bulgarian siblings Gabriela Stoeva-Stefani Stoeva.

Others feel it’s best not to put much expectation in order to avoid disappointment.

Meanwhile, some said the badminton players are being unfairly treated by the media with negative news coverage, compared to other sports.