Liu Ying’s father sacrificed his dream of becoming a national badminton player to focus on earning a living for the family. 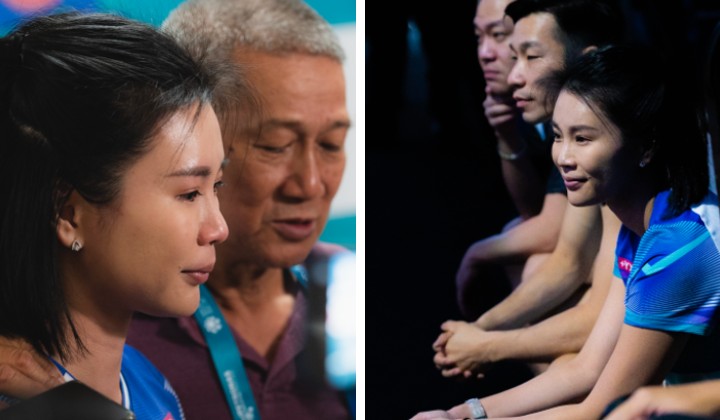 She described the unwavering support from her dad as the impetus for her to make her country famous on the international stage.

Liu Ying, 33, looked tearful after her retirement ceremony specially organized by the Badminton Association of Malaysia (BAM) at the Axiata Arena.

She said her father started taking her to the badminton court when she was only three to instil a love for the sport.

I wouldn’t be here if he wasn’t there. My father always told me that if he sent me to badminton and saw that I was injured, he would question whether the decision was correct.

Goh said that her dad would be very concerned (if she gets injured); hence after retirement, he can be relieved and not have to worry about his daughter’s condition.

The athlete, who hails from Alor Gajah, Malacca, also told her father that she did not expect to be able to win the silver medal at the 2016 Rio Olympic Games with Chan Peng Soon.

On the other hand, his father, Chak Wee, shared his sadness for not seeing his daughter play again on the court.

Nevertheless, he was happy because he didn’t have to see Liu Ying in pain due to injury.

When she (Liu Ying) was three years old, I took her with me to watch the Olympic Games even though she didn’t understand the game at the time, and when I took her to court, she would sit quietly behind me.

Chak Wee said before she entered Bukit Jalil Sports School, Liu Ying was a spoiled child because she always followed him rather than the mother.

It was my ambition to become a badminton player, but I didn’t succeed because of financial factors; I couldn’t afford to buy a racket, and we only used wooden rackets. So Liu Ying realized that wish.

Meanwhile, talking about her plans, Liu Ying plans to organize a series of tournaments, starting with badminton competitions for young amateurs and veterans around Kuala Lumpur, before expanding to other states.

I will start organizing more badminton competitions, maybe not just badminton, but will start with badminton in February and a 3 vs 3 in April with Astro. This is because I know Malaysians really like badminton.

Liu Ying, one of the best-mixed doubles players ever to play for the country, teamed up again with Peng Soon at the Malaysian Open this time.

However, they lost 21-18, 15-21, 7-21 to the Indonesian pair of Rehan Naufal Kusharjanto-Lisa Ayu Kusumawati in the first round last Tuesday.

The action was a fitting finale since she started partnering with Peng Soon 13 years ago.

In addition to the silver medal at the Olympic Games, Liu Ying also achieved various successes at the international level.