Pahang BN is willing to give one exco seat to PN. 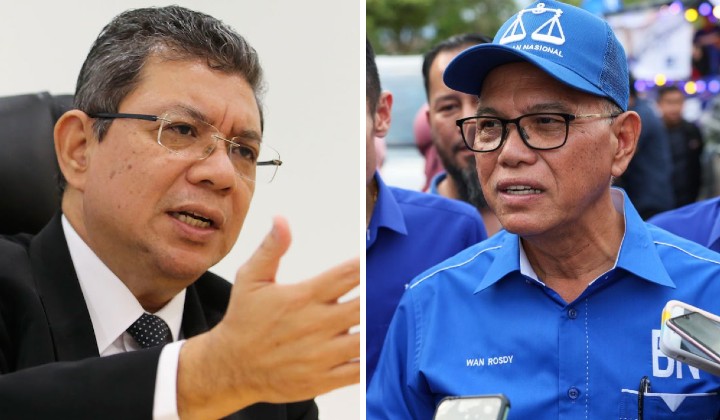 Perikatan Nasional (PN) in Pahang has accused Barisan Nasional (BN) of being greedy because it wants the position of Menteri Besar.

In addition, BN also wants seven exco seats if it forms a state government with the coalition.

He claimed that the matter proved that BN is greedy and wanted to ignore the people’s mandate.

The party that received the biggest mandate from the people of Pahang is PN. That is the will of the people that needs to be respected.

Pahang PN chairman, Datuk Seri Saifuddin Abdullah on why he thinks Pahang BN is asking too much.

Any party must win 22 state assembly seats to obtain a simple majority to form the state government.

Therefore, it depends on the negotiations carried out by the three parties concerned, namely PN, BN and PH, in forming the government.

Commenting further, the former foreign minister claimed he did not know what kind of goodies PH agreed to offer BN.

I hope there are no deviant things offered for the sake of power and position.

Both sides are set to clash again in the upcoming Tioman state seat election, postponed to 7 December.

The previous PN candidate died on GE15 after suffering a heart attack.

Meanwhile, netizens said Saifuddin should look at himself in the mirror before criticising BN.

They reminded the Indera Mahkota MP that he was part of the infamous Sheraton Move, which toppled the PH government in 2020.