A statement dated 18 November claimed that Barisan Nasional would work with Pakatan Harapan to form the government with Anwar as the prime minister. 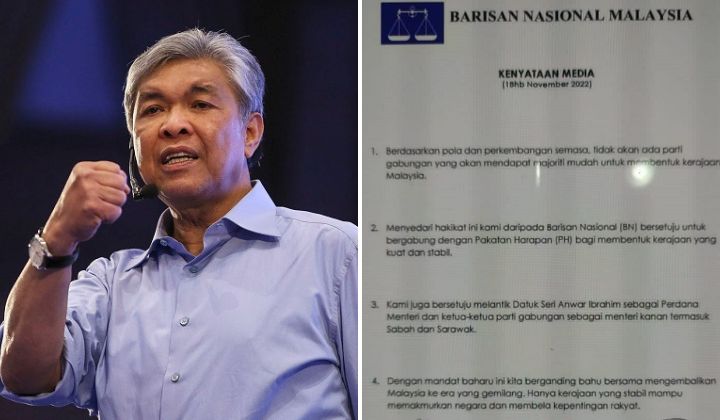 A statement allegedly by Datuk Seri Dr Ahmad Zahid Hamidi voicing his support for Datuk Seri Anwar Ibrahim to be the prime minister is fake.

The statement dated 18 November, allegedly bearing the signatures of both Zahid and Anwar, claimed that Barisan Nasional would work with Pakatan Harapan to form the government with Anwar as the prime minister.

She said only the statement issued following the 15th general election (GE15) on 19 November was official.

READ MORE: Will Zahid Heed Calls From Within Umno For Him To Resign?