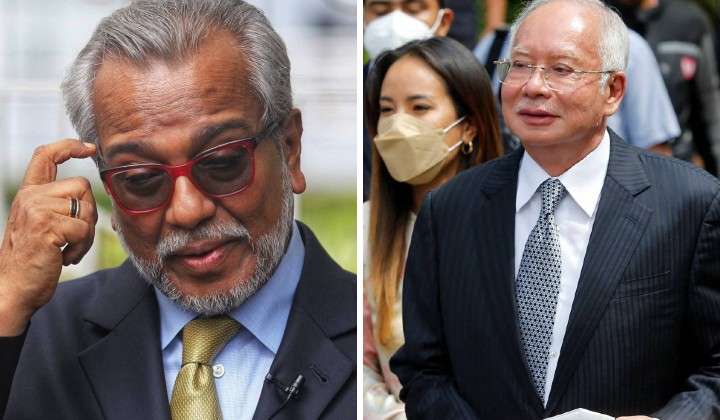 Lawyer Tan Sri Muhammad Shafee Abdullah can breathe a sigh of relief as he has been released and acquitted of money laundering charges involving RM9.5 million.

The hotshot lawyer was alleged to have received the money from disgraced former prime minister Datuk Seri Najib Razak.

He was also accused of making false statements to the Inland Revenue Board (LHDN).

Muhammad Jamil said the court did not agree with the indictment regarding the elements that needed to be proven in the guilt of the accused.

In their statements, the prosecution’s witnesses could not show that any illegal activity had occurred in the RM4.3 million and RM5.2 million received by the accused through two checks from Najib’s AmIslamic Bank Berhad.

I found no direct information showing a predicate error (original error) indicating that the two checks received were the result of illicit activities .

When questioned, the prosecution’s witness, MACC investigating officer Fariq Jabar confirmed that there was no unlawful activity when the check was received, and the money was not the result of unlawful activity.

Muhammad Jamil said the accused was therefore discharged without his defence being called.

On 13 September 2018, Muhammad Shafee pleaded not guilty to two charges involving himself in illegal money-laundering activities.

He was accused of receiving proceeds from illicit activities, amounting to RM4.3 million and RM5.2 million, respectively, through two checks from Najib’s AmIslamic Bank Berhad, which entered into his two CIMB Bank Berhad accounts.

The lawyer also pleaded not guilty to two charges of directly involving himself in a transaction related to the proceeds of illicit activity.

On 12 May, the prosecution closed the case after summoning eight witnesses in a trial that began on 21 May 2021.

Meanwhile, some netizens already reacted with scepticism at the verdict.

They find it hard to believe that Shafee is innocent, given that Najib is already convicted and jailed.

HAHAHAAA!WTF!….the giver of the 2 cheques hv already been convicted & jailed for fraud of multi millions ! Now, the money from the said convicted felon is considered legit??

The same day Shafee was acquitted, Syed Saddiq was ordered by the KL High Court to enter his defence.

He is facing charges of abetting in criminal breach of trust (CBT), misappropriation of assets and money laundering.

READ MORE: ‘We Are Not Scared’, Says Syed Saddiq After Court Orders Him To Enter Defence