Najib was previously sentenced to 12 years in jail and a fine of RM210 million over his involvement in the SRC scandal. 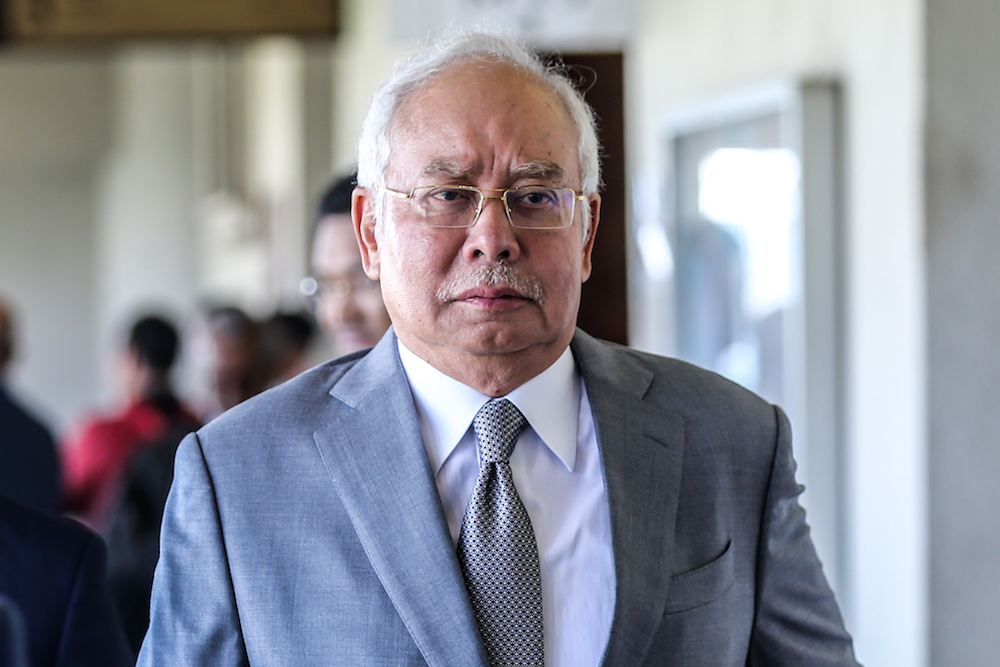 Former premier Datuk Seri Najib Razak will now serve 12 years in prison after the Federal Court today affirmed the conviction and sentence that was imposed on him for misappropriating funds from the SRC International Sdn Bhd.

His conviction and sentence were subsequently upheld by the Court of Appeal on 8 December last year.

“These appeals are therefore unanimously dismissed and the conviction and sentence are affirmed.” – CJ

Najib Razak is going to jail.

Tengku Maimun, who led a five-panel judge overseeing the case said that the panel unanimously agreed that the high court did not err in its conviction and sentences.

She also added that the defence had failed to prove beyond a reasonable doubt to overturn the decision.

“These appeals are therefore unanimously dismissed and the conviction and sentence are affirmed,” said Tengku Maimun.

According to The Vibes, the police are currently on stand-by inside the court to escort Najib – who is seen talking to his family members ­– as he needs to serve his sentence immediately.

With this decision, Najib will now automatically lose his Pekan seat too.