The affected eggs can be identified by the stamp “CEJ027” on the eggs. 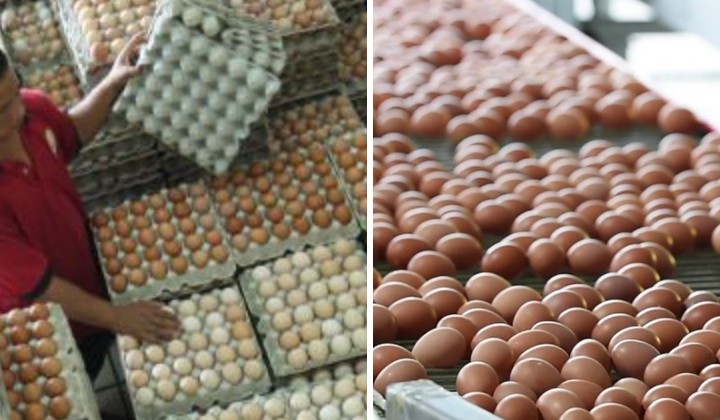 The Singapore Food Agency (SFA) has recalled Malaysian eggs after detecting the presence of Salmonella Enteritidis, which can cause illness if the food is eaten raw or undercooked.

The eggs were produced in Johor by one of Malaysia’s largest egg producers, which is also a publicly listed company.

SFA has detected the presence of Salmonella Enteritidis (SE) in eggs imported from Teo Seng Layer Farm 1 in Malaysia. The affected eggs can be identified by the stamp “CEJ027” on the eggs. The recall is ongoing. https://t.co/XJQBybhoV1

SFA said the stamp CEJ027 are on the recalled eggs.

Stamping helps food safety authorities trace eggs back to the farm and provides a safeguard in the event of a food poisoning incident or outbreak.

SFA added that the egg producer has also been barred from exporting its eggs to Singapore until the contamination issue is dealt with.

Consumers who have purchased the affected eggs are advised to cook them thoroughly before consumption.

Those who are unwell after consuming the eggs should get medical attention.

The same issue also surfaced last year but was denied by Malaysian authorities.

#NSTnation The Veterinary Services Department (VSD) has denied the presence of #SalmonellaEnteritidis (SE) bacteria in the #CES008 #eggs, which were recalled by #Singapore Food Agency (SFA) a week ago.https://t.co/15of34EyvP#Salmonella

Singapore – Another batch of eggs from a Malaysian farm has been detected to contain the Salmonella bacteria.

The Singapore Food Agency (SFA) has released an advisory for the recall of the eggs.https://t.co/exLgeSYAHl pic.twitter.com/aAaP3pBxbi

In September, another Malaysian product was also recalled by the SFA.

An estimated 94% of salmonellosis is transmitted by food.

However, the development of complications can be dangerous for: