Lim Guan Eng had taken Ismail Sabri to task for the huge difference in allocations. 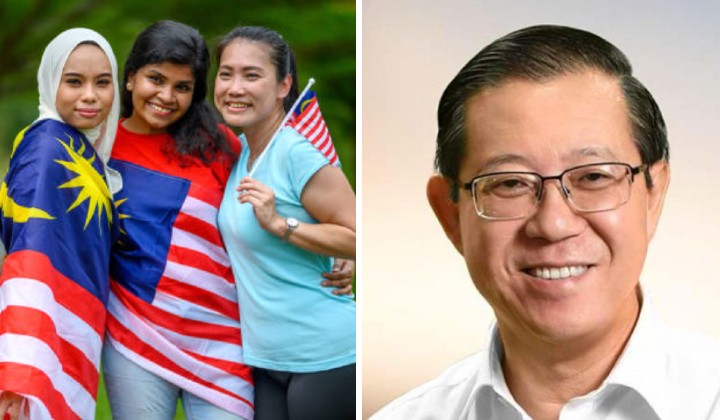 The former finance minister said the Indian and Chinese are getting less than 3 per cent of what the Bumiputera and Orang Asli get in Budget 2022.

Calling it unfair, Lim wants to know why the Chinese and Indian communities were discriminated against regarding allocations.

Can Ismail Sabri explain why the Indian and Chinese community deserve only RM345 million or less than 3% of the RM11,674 million that is given to the bumi and orang Asli community under the 2022 Budget? pic.twitter.com/PGS87fx7yF

In Budget 2022, RM11.4 billion was allocated for the Bumiputera community, while the Orang Asli community received RM274 million.

The Chinese and Indian communities got RM345 million.

DAP chairman Lim Guan Eng on the disparity in allocation across the different ethnic communities.

Lim, an accountant by training, stressed that no one is against allocating to the Bumiputera and Orang Asli communities.

However, it was a valid concern when the Chinese and Indian communities were handed out RM345 million, which is less than 3% of the RM11,674 million.

READ MORE: Everything You Need To Know For The M40 In Budget 2022

Lim, who holds a bachelor’s degree in economics, said the budget is race-specific and not based on needs.

The Bagan MP added that it erodes the confidence that the upcoming Budget 2023 will be impartial and fair as promised by Ismail Sabri.

HOW MISERABLE A PERCENTAGE WILL BE ALLOTTED TO CHINESE SEREMBAN – Prime Minister Datuk Seri Ismail Sabri Yaakob has given the assurance that the government will not marginalise efforts to empower urban and rural Chinese communities in the tabling of the upcoming Budget 2023.

@IsmailSabri60 If Zafrul continues 2 fork out dog-bones in Budget 2023, Indian & Chinese Ministers, special ministers, state councillors, MPs & Aduns (gov & oppositions), ask yourselves if you are worthy recipients of the monthly salaries ranging from RM 20000 to > RM 50000.

Lim also cited Malay economists to back his assertion.

He also pointed out the disparity in allocations between the Bumiputera and non-Bumiputera communities.

Speaking on a talk show on Budget 2022, he also said that the Chinese and Indians get only around 3% of what the Bumiputera community received.

What is important to me, as a Muslim, is the concept of fairness. Where is fairness There are indeed many rich Chinese, but many are also poor. Are we being fair?

Economist Muhammed Abdul Khalid questioning the disparity in allocation between the Malays and non-Malays.

Working hard, Ismail Sabri has said he wants to table Budget 2023 himself instead of the Finance Minister as customary.