The PAS president is criticised for making a statement that is baseless and unwarranted, inciting division and creating enmity between races. 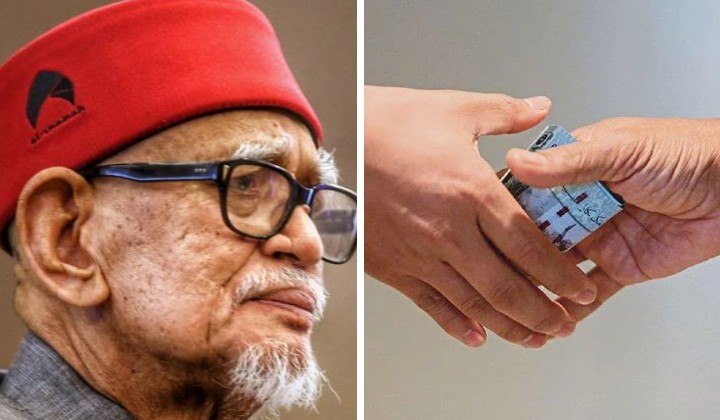 Corruption is bad for society, but is it defined based on race, ethnicity and religion?

As a result, they are destroying the country’s politics and economy, said the Marang MP.

He said preventing dengue is not just treating patients and killing mosquitoes.

It also requires action against water pools that breed mosquitoes and people who do not maintain hygiene.

It is the same with efforts to deal with the disease of corruption, it must be done holistically. In particular, against those who cause corruption in pursuing illegal wealth.

He said the same group of people also control the country’s economy and use it to destroy politics, administrative affairs and the judiciary.

Corruption From An Islamic Viewpoint

Abdul Hadi added that specific individuals were “punished by the media” before being proven in court.

He also criticized certain parties who were made scapegoats after acting as proxies for particular “crooks”.

It is not the first time that Hadi has spoken about corruption.

In 2021, he said the definition of corruption needs to be studied from a valid Islamic point of view.

He said donations to those in need, not for personal purposes, individuals or the general public, should not be seen as corruption.

Hadi’s remark had drawn the ire of many who rebuked him for using race and religion to gain support.

They said corruption is a widespread problem that knows no bounds, regardless of race and religion.

Netizens said his remarks are baffling as Muslim Malays are the most significant corruption offenders facing the law in the country.

They told Hadi to instead give practical ideas, guidelines, and frameworks for a serious solution. They believe he should perform some severe soul-searching and self-introspection for himself.

Najib is a Muslim & have been found guilty of corruption ,Zahid is a Muslim & am facing charges of corruption,.the lists goes on,..the facts speaks for itself. Hadi is in denial blaming others while the biggest crooks his mates. https://t.co/CqXWzVbeMV

Some pointed out that corruption perception had worsened since PAS became part of the federal government.

PAS leaders are also criticised as being too arrogant and often issue statements that insult Malaysians from different ethnicities and religions.