The revelation on TikTok has been seen more than five million views in 12 hours. 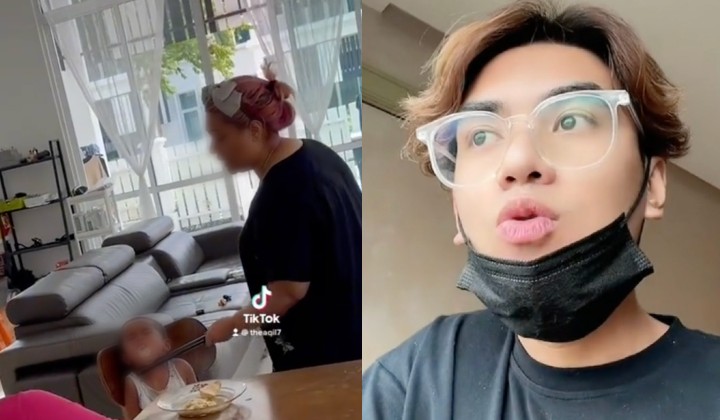 Recently, a video about a woman beating a 4-year-old child went viral.

And now, the person who recorded the video – a TikTok celebrity known as Aqiel – had come forward.

Aqiel said he recorded and uploaded the video because he couldn’t bear to see the child being abused.

Aqiel, who works with the woman, said the child, known as Alia, is being abused and beaten almost every meal time for no reason.

According to Aqiel, he and his friends decided to record and broadcast the video to get justice for the child.

He added that Alia was adopted into the family for less than a year, around February this year.

We had to take Alia out to take pictures/record evidence to help the investigation and strengthen the police report. #justiceforalia

TikTok celebrity Aqiel on acting against his employer in the name of justice.

The abuse often happened during mealtime, and one of the reasons why the couple acted violently toward Alia was because they were eating late, did not want to eat, or were full.

Aqiel is understood to have recorded the video without the knowledge of his employer.

With his friends, Aqiel sought the help of outsiders to take Alia out of the house and make a report at the police station.

Netizens praised Aqiel’s bravery and his effort to raise funds for Alia.

Aqiel and his friends saving Alia was a huge act of bravery,thank you for saving her.I’m praying she gets the justice that she deserves and the perpetrators get thrown behind bars ASAP. https://t.co/cSBWL49Mj3

At the same time, netizens hope all will turn out well for Aqiel and his friends as they will end up without a job.