The suspect, who is a security guard, tested positive for drugs. 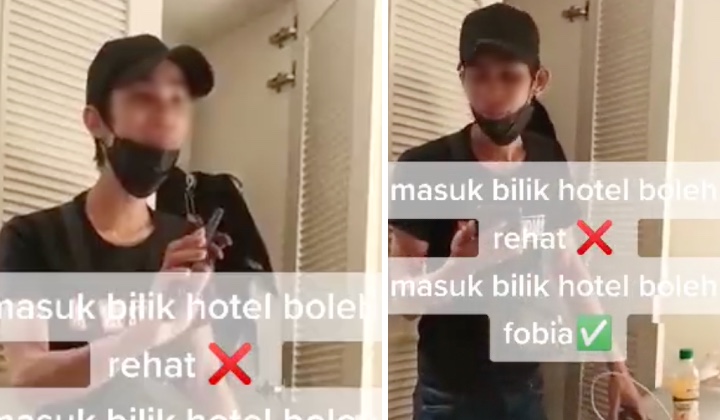 A man arrested on 5 May for breaking into a living room at Hotel Perdana Kota Bharu, Kelantan, was found positive for methamphetamine.

Kota Bharu District Police Chief Assistant Commissioner Mohd Rosdi Daud said in a statement that the suspect, in his early 20s, works as a security guard.

The suspect has three previous records related to drug offences and is currently remanded under Section 117 of the Penal Code Criminal Procedure to assist in the investigation.

The case is being investigated under Section 448 of the Penal Code and, if convicted, can be sentenced to a maximum of three years imprisonment or a maximum fine of RM5,000 or both.

Mohd Rosdi also called on the public not to speculate on the incident.

He added that those with relevant information were asked to come forward to lodge a police report to assist in the investigation or contact Sergeant Ahmad Hasani Abd Rahman at 010-9482287 or 09-7752200.

The hotel had also issued a statement on the matter to reassure its guests.

He said the hotel cooperated fully with the police and had met with the guests involved to offer total assistance regarding the incident.

As it is under police investigation, we cannot comment further. However, the management would like to assure that the safety of hotel guests is our priority.

On 5 May, the suspect is believed to have broken into a hotel room at about 10.30 pm.

The incident was then spread on social media starting on 7 May through a 1-minute, 3-second video uploaded by TikTok user Dobi Dina.

The video had since gone viral with more than a million views on TikTok.

The victim, identified as Sarah, said a man suddenly appeared from a cupboard in the hotel room she was staying in after she came home from eating with her family.

According to Sarah, she is still traumatized and has difficulty sleeping at night following the incident.

In his defence, the man claimed that he had been scammed by someone.

He was supposed to book the room and meet a woman named Sarah who happened to have the same name as the TikTok user.

He also claimed that the hotel staff had let him into the room.

The incident made netizens feel scared and they asked the TikTok user to lodge a police report on the horrifying encounter.

They also advised the woman to complain to the hotel management first instead of interrogating the man personally, in fear that he would run away.

Others noted that the suspect could be recording video secretly as he used his phone when caught.

They said the victim should seize the phone or its memory card to search for evidence of wrongdoing.