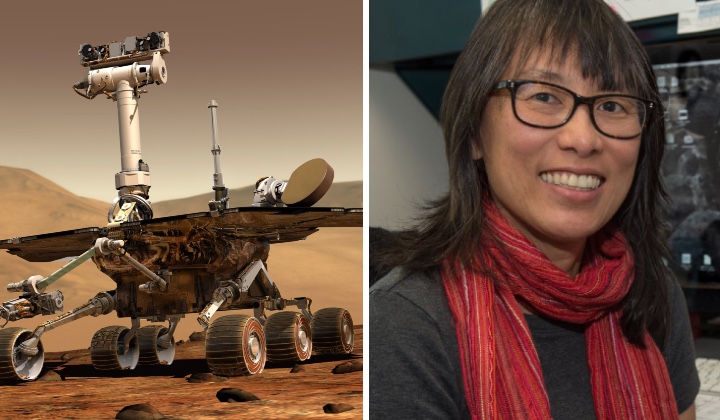 A Malaysian, Florence Tan from Muar, Johor, has been appointed Deputy Chief Technologist at the National Aeronautics and Space Administration (NASA).

For context, the Chief Technologist is the most senior technology position at NASA.

Tan has worked with NASA for many years and has been in charge of designing rovers and spaceships.

She had participated in the Cassini mission (Saturn), in the Mars Curiosity Rover and the Dragonfly mission, among others.

We've seen Mars rover landing hardware on the ground, as in the case of Opportunity's heat shield (left), and from space, like @MarsCuriosity's parachute (right). But this is the first time it's been observed by helicopter! https://t.co/XMocS59vka https://t.co/gp9zOuUQwg pic.twitter.com/JgJL1BAl5w

Lori Glaze, Director of NASA's Planetary Science Division, has announced that the Dragonfly mission will launch in 2027 but will get to Titan in 2033/34, about 3 years *earlier* than originally planned.

He wrote on Twitter, narrating Tan’s story from a humble beginning in Malaysia to studying in the United States and then working with NASA.

Ker said her achievement would inspire the younger generation in our country.

She builds advanced equipment for NASA’s spacecrafts and rovers.

She’s a Malaysian 🇲🇾 from Johor and now based at NASA Headquarters in USA 🇺🇸.

Introducing Florence Tan and this is her story. 👇🏼 pic.twitter.com/N56R8zanc8

Tan wanted to be a professor as a child, but after watching the sci-fi TV series Star Trek, she decided to become an aerospace engineer.

She left Malaysia at the age of 18 to study in the United States until she obtained a master’s and a doctorate in electrical engineering.

Tan worked as an intern at the Goddard Space Flight Center, one of NASA’s primary research centres, in 1985 and then officially became a full-time employee of the centre after graduating in 1986.

Attending CUBESAT Developers Workshop as a Gold Sponsor from ARDC at Cal Poly. First time in over a decade. Grown a lot on numbers and complexity of spacecraft. Electronics advancement key. Florence Tan, NASA is keynote speaker. pic.twitter.com/5Wdb79CTVS

Ker revealed that she is expected to come to Malaysia in the second half of this year.

Chen Weimin is married and has two children. Although she has been away from Malaysia for a long time, she still speaks fluent Mandarin.

Ker’s tweet has been reposted and commented on by many netizens.

Netizens have left comments praising Tan’s outstanding achievements, which is the pride of Malaysia and the Muar people.

Some netizens hope that the Malaysian government could recruit Tan and set up a space agency similar to NASA in Malaysia.

Others noted that she is an alumni of Kuantan MRSM (MARA Boarding School) which has produced some notable graduates.

Kuantan MRSM has every reason to celebrate its alumna Florence Tan the NASA engineer.

While we celebrate success, we must not give prominence, idolise or give space to people of questionable integrity, just like we question those who celebrate or put bosskur on a pedestal. https://t.co/TCR6ynXvTR

In 2020, a 20-year-old Malaysian, Azhar Ali, stole the limelight when he tweeted that he received a scholarship from NASA.

He claimed that NASA named him as one of their Citizen Scientists for scoring in the top 1% of their Artemis Student Challenge Programme.

NASA’s citizen science projects are collaborations between scientists and interested members of the public.

Even Tan Sri Muhyiddin Yassin, who was prime minister at that time, congratulated him for the achievement.

It was a short-lived joy for the nation when Azhar said he was a scam victim.

READ MORE: [UPDATED] 20YO M’sian NASA Scholarship Recipient Said He Could Be A Scam Victim

So this is a scam too? So actually what happened to @NASA website did someone invaded the server and sh*t and put Azhar Ali on it pic.twitter.com/Bpud0IiQJc