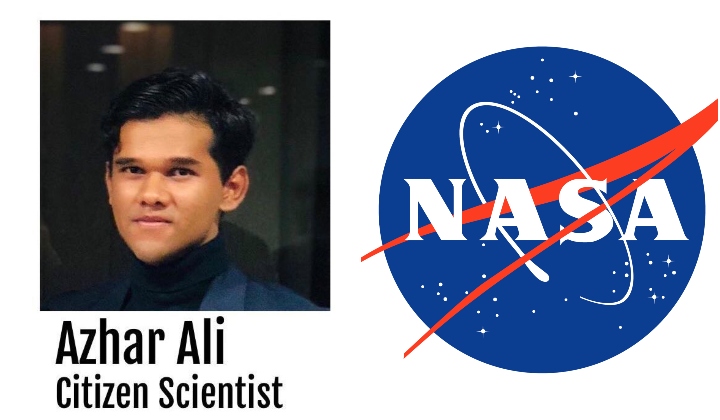 Azhar had shared on Twitter that NASA had offered him a scholarship and named him as one of their Citizen Scientists for scoring in the top 1% of their Artemis Student Challenge Programme.

After he shared the news, several news outlets ran his story congratulating him for his success, including TRP. He certainly made Malaysians proud of his achievement. However, shortly after, things quickly took a strange turn.

We at TRP took down our post of his story temporarily after some sources told us that the whole thing could be a hoax. We also reached out to NASA for verification on the issue and are still awaiting a reply from them.

Although the reason why he changed his privacy settings was not immediately obvious, there were a number of tweets circulating the internet questioning the legitimacy of Azharâ€™s claims too.

The tweets explained how the contest he supposedly entered was actually only meant for U.S. citizens and Permanent Residents. The tweets also said that the program required participants to be on-site in Houston, Texas during the competition.

Besides that, several tweets questioned Azharâ€™s screenshot of his Citizen Scientist picture on NASAâ€™s website. It turned out that people could not find him there when they searched for his name.

Some Twitter users even questioned the legitimacy of the graphics Azhar shared on Twitter that supposedly came from NASA.

It was also pretty weird that among the screenshots shared by Azhar was a tweet reply from NASA saying that they â€œbelievedâ€ in him. However, that tweet had nothing to do with the Artemis challenge but turned out to be a response by NASA to him in March to another tweet.

Whatâ€™s important to highlight was that although it must have been very upsetting for Azhar when people started questioning his achievements, he was still quite polite to them and tried to clean up any misconceptions they had as best he could.

Then, on the morning of 3 May, Azhar unlocked his account and posted a thread explaining how he had been the victim of an online scam.

According to Azhar he really did participate in a competition on 20 March and submitted his suit designs to NASA two weeks later. Upon another two weeks, he received an email saying that he had scored top 1%. Obviously, he shared the wonderful news with his friends.

He said that while many congratulated him, some also pointed out the discrepancies about the whole thing. At the same time, he was receiving ambiguous emails supposedly from NUS which came without the NUS domain.

He admitted that all these red flags made him realise that he might potentially be a victim of an elaborate online scam.

He explained that he too has reached out to NUS and raised the matter to NASA on their official website for confirmation and verification.

If this is indeed true, we at TRP empathize with Azhar. Online scams and pranks are horrible, especially ones that involve things that are near and dear to us. We wish Azhar all the best in his future endeavours.

How shocked would you be if you received an email from NASA saying that they want to fund your studies?

Muhammad Azhar Ali was certainly surprised after finding out that he not only scored in the top 1% of NASAâ€™s Artemis Student Challenge Program but that NASA also wanted to offer him a scholarship for his achievement.

The competition required participants to design a spacesuit interface that would adjust to NASAâ€™s Artemis 2024 mission to Mars. Designs were graded according to its cost efficiency, field testing, and coherence.

To commemorate his success, Azhar was also awarded the title of â€œCitizen Scientistâ€, and offered a place to study at the National University of Singapore fully funded by the NASA Degree Scholarship.

After sharing the good news on Twitter, Azharâ€™s achievements were noticed by the Minister of Science, Technology and Innovation, Khairy Jamaluddin and the Malaysian Prime Minister, Tan Sri Muhyiddin Yassin.

Congratulations! Happy to welcome you to @officialmosti & the Malaysian Space Agency soon to see how we can encourage more of our young scientists to win prestigious scholarships.

Congratulations from us too Azhar! Youâ€™ve made Malaysia so proud! All the best in your future studies!

Did You Know Each Malaysian State Has Its Own Special Traditional Baju Designs?