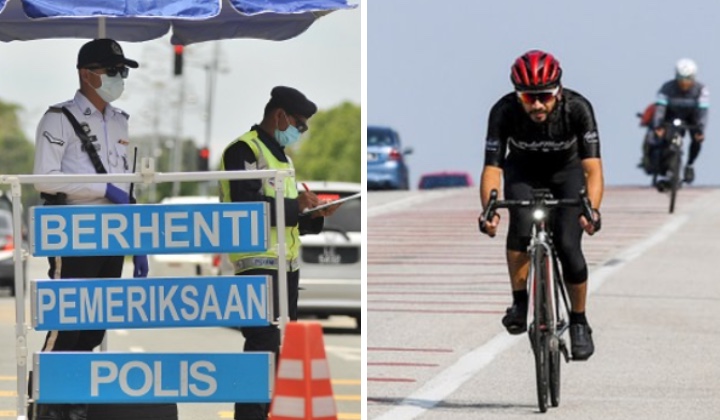 The use of basikal lajak (modified bicycles) is gaining popularity despite being dangerous and illegal, said the nation’s professional cyclists and sportsmen.

Malaysia’s top triathlete and serial Ironman competition winner Shahrom Abdullah was quoted by Malay Mail saying that many parents seek his service to modify bicycles for their children.

Shahrom was asked to remove safety equipment such as the brakes and reflectors, which he refused.

These lajak bikes have no safety features and are done with extreme modifications. I had a lot of people, not just the kids but parents coming in to ask me to take the brakes out, lights out, tighten certain joints and so on.

Shahrom Abdullah speaking on the issue of modified bicycles on public roads.

When You Speak And Your Words Fall On Deaf Ears

Shahrom, who runs his bicycle shop, SA Bike, at Alam Damai, expressed regret that his customers would remain stubborn despite being told of the risks.

He said they turn to other shops which are willing to do it out of the need to make a living.

As long as [cyclists] are following the rules I have no problem with it but don’t endanger yourself or others. Wear some lights and have the brakes on, please, and don’t ride on open roads or highways.

Ironman competitor Rupert Chen on the use of modified bicycle that brings about dangerous situations on the road.

He advised cyclists to ride on the shoulder or curb of the street and not on the main road.

READ MORE: It’s Not Illegal For Bicyclists To Use Highways But These Are The Laws You Can Use To Report Dangerous Cycling

At the same time, it does not help that modified bicycle ‘recipes’ are widely available on social media.

The issue of basikal lajak has been around for some time.

It captured the nation’s attention after driver Sam Ke Ting was charged with reckless or dangerous driving.

She was sentenced to jail for causing the death of eight teenagers racing with their basikal lajak on the Johor Bahru Inner Ring Road highway in 2017.

Sam was then granted a stay of execution and leave to appeal High Court’s decision.