All road users need to learn to share the road and take care of each other’s safety. 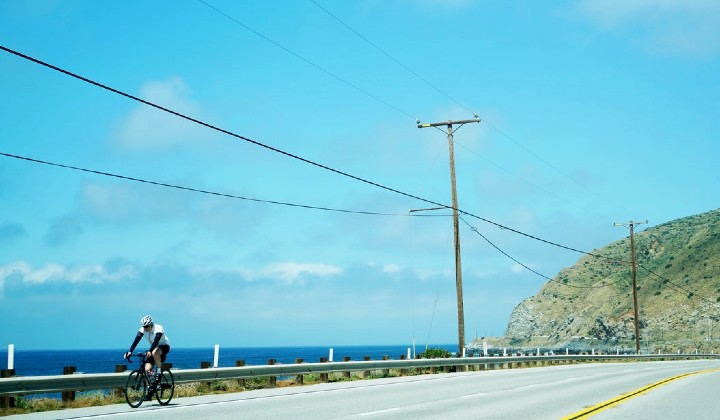 If you’ve perused the Malaysian social media sphere as of late, you’ll notice a recent uptick in complaints about cyclists riding carelessly on highways and public roads.

The incidents garnered mixed reactions from Malaysians online. Some expressed their frustrations at cyclists telling them to get off the road, while others highlighted that bicycles are a mode of transportation too, and we need to learn how to share the road.

According to Traffic Investigation and Enforcement Department director DCP Datuk Azisman Alias, as many as 201 road accident cases involving cyclists were reported in 2019.

Meanwhile, from January until October this year, the police recorded 137 cases, with 56 of those ending in deaths, 18 cases involving severe injuries, and 63 cases resulting in light injuries.

These scary statistics and recent complaints have led some people to question if riding a bicycle is even allowed on highways and public roads in the first place. So, we decided to look into the matter and see what we could find.

Actually, cyclists are technically not committing any crimes when riding on highways

According to this excellent article by Ask Legal, because cyclists don’t pay road tax, they are not within the Road Transport Department’s (JPJ) scope of authority and thus JPJ cannot enforce stopping them from using highways.

However, the police strongly discourage cyclists from riding on highways or major roads without proper precautionary measures due to how dangerous it can be (see statistics above).

There’s also a whole section for “Pedal Cyclists” in the Malaysian Highway Code. Rule 66 of the code in particular states that cyclists should avoid highways and roads with fast traffic since they are the second slowest road user.

66. Always seek and use the safest route. Keep out of heavy traffic as much as possible. Avoid highways in particular, and fast traffic in general.

Rule 66 of the Malaysian Highway Code

Additionally, under Section 68(3) of the Road Transport Act, failure to observe the rules states in the Malaysian Highway Code can be used against you in any court proceedings.

As Ask Legal puts it “this would mean a driver who knocked you over could end up walking free by placing the blame on you instead.”

But, cyclists are still governed by the same rules as motorists

Azisman said that since cycling activities on highways aren’t prohibited, cyclists are expected to always comply with highway laws and rules to ensure the safety of themselves and other motorists.

Those found guilty of offences while riding bicycles on highways can face penalties under the Road Transportation Act 1987.

Under Section 54(1) of the Road Transportation Act, cyclists who ride carelessly and cause danger can be fined at least RM1,000 and up to RM5,000 as well as being imprisoned for up to 12 months.

Similarly, Section 79(2) of the Road Transport Act states that any road user who neglects any traffic sign placed on or near any road shall be guilty of an offence and can be fined anywhere between RM300 and RM2,000.

Azisman also cited the Road Traffic Rules 1959, saying that Rule 35 in particular states that riding a bicycle without a front and back light is a punishable offence of up to RM2,000 fine and six months imprisonment.