Some banks will be offering the coveted crispy new notes from ATMs at selected branches. 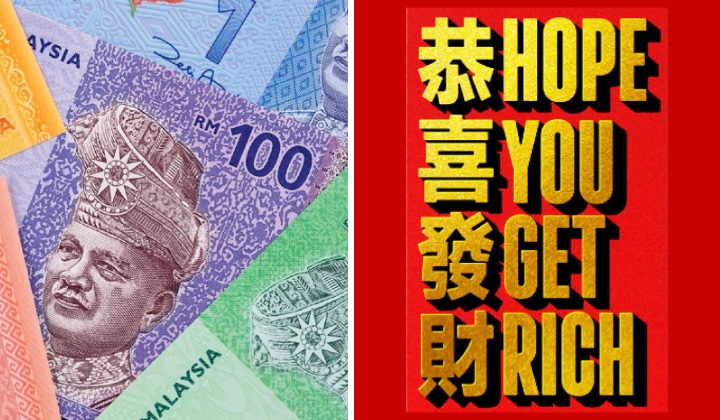 During Chinese New Year (CNY), it’s tradition to give ang pow to friends and family.

But Chinese people don’t like using old notes for the beautiful red envelopes, which symbolize good wishes and luck for the new year ahead.

This is why, the banks would never fail to provide the coveted new notes at automated teller machines (ATMs) across various locations nationwide.

This coming CNY, several banks have announced when and where their customers can obtain the new notes.

For every selected location where the new notes are available, only one denomination can be withdrawn from the ATM.

Maybank has made it easier for customers by listing out the locations and the denomination available – either RM10 or RM50.

Fresh notes for CNY can be obtained from selected ATMs nationwide between 24 January and 2 February.

CIMB is making available new notes in the denomination of RM10, while crisp RM50 notes are exclusively available at the ATMs in Menara CIMB.

The bank did not indicate the maximum amount each customer can withdraw or the maximum number of daily withdrawals.

New or good-as-new notes can be exchanged at Hong Leong Bank branches on a first-come-first-served basis, as announced on its Facebook page.

As no full list is available, customers have to visit the nearest branch to check on the availability.

Nevertheless, consumers are encouraged to protect the environment while spreading festive joy by reducing the need to print new notes.

In the age of digital wallets, this can be easily done by sending e-ang pows using DuitNow.

DuitNow enables you to transfer funds instantly to anyone at any bank, using your recipient’s DuitNow ID instead of their account number.

As an added incentive, some banks are offering cash rewards to customers for going green.

There Are 2 Ways To Renew Your Maybank Debit Card. Here’s How To Do It.