No one helped the homeless uncle when he was kicked. 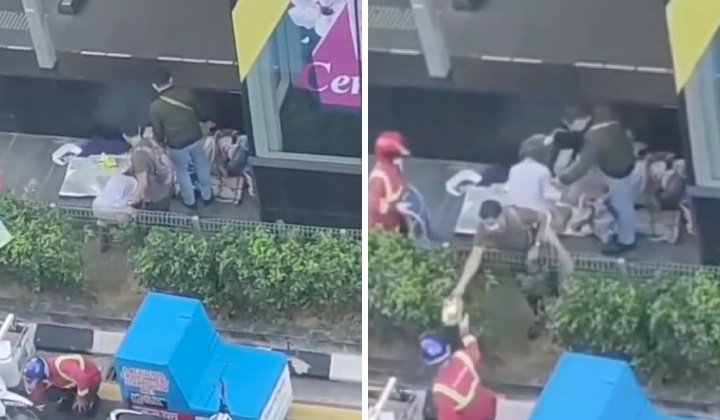 It is bad for the heart and soul to mistreat others as anything less than a human being.

Unfortunately, this is what happened in a video that had gone viral on social media.

The video showed a homeless uncle being kicked in the stomach – until he almost fell down in pain – which has sparked outrage on social media.

Shared on Twitter by Jabatan Netizen Malaysia, the incident was said to take place in Bukit Bintang.

Accordingly, the homeless uncle was prevented by a man from collecting cardboard boxes that were placed on the sidewalk.

Looking at the footage, the man was seen kicking the homeless man until he fell down in pain.

There were some cleaning workers at the spot, but they did not help.

Netizens are outraged that the homeless uncle was assaulted without any dignity and respect.

They condemned the man’s actions as rude and inhumane, while others called for the authorities to investigate the incident.

In fact, many say that no matter who or what rank a person is, he or she should not be treated as such.

Hopefully, the authorities will do everything they can possibly do to help the homeless uncle.

Homeless people are human, too.

They have feelings too and deserve basic human dignity and basic rights such as the due process of law.