The father left a note to explain why he steals from the mosque, and, promises to pay back in a year 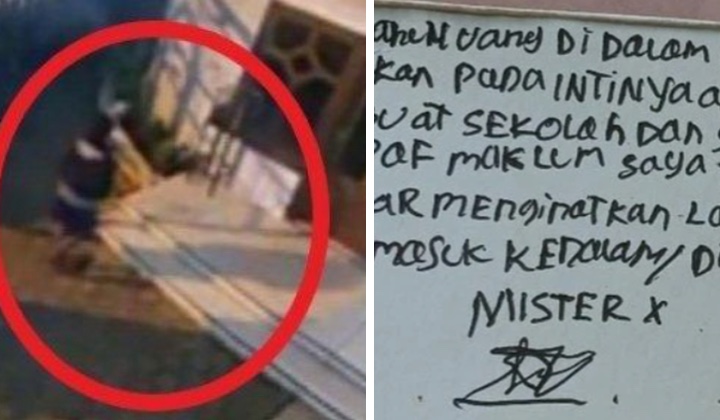 A desperate father in need of money reportedly stole money from a mosque donation box.

The incident took place in neighboring Indonesia but it is now viral, as the man has left behind on a note that touched the hearts of many.

Through the CCTV footage at a mosque in Desa Demangan, Jepara district in Central Java, the man was seen leaving behind a note after stealing the money.

According to Tribun Papua Barat, the letter explained why he did so. The man promised to return all the money he stole within a year and he also apologized.

In less than a year I will return the money in this box. My son needs a mobile phone for school.

The desperate father on why he stole money from the mosque.

He added that the mosque declined to lodge a police report on the matter, but the police will complete their investigation nevertheless.

His actions violated the law and no one knows what his real life conditions are. We don’t know his identity, nor do we know if he is a recidivist. Even if he is underprivileged, the police have an obligation to help, foster and provide education for him to become a better person.

[Watch] Thieves Try To Steal Cows In A MPV, Breeders Set Fire To It To Rescue Them Back