The incident happened in Johor and is classified as sudden death. 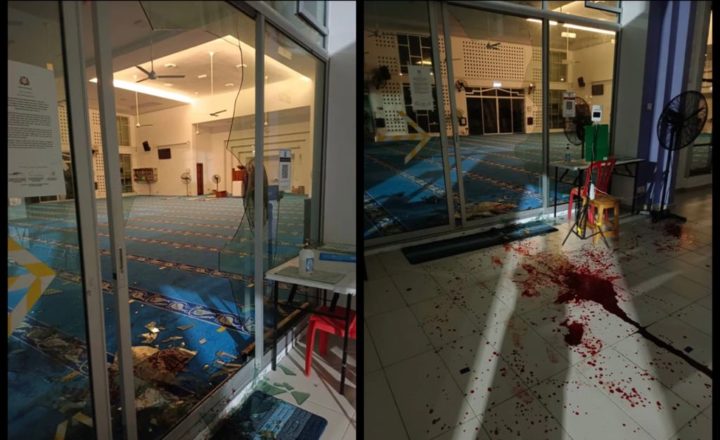 The incident happened on Sunday (5 September). A man, 28, was found dead at his home in Taman Scientex, Pasir Gudang, Johor due to injuries on his wrists and right leg.

According to Kosmo, Seri Alam District Police Chief Superintendent Mohd. Sohaimi Ishak said preliminary investigation shows the man was believed to have been in a state of rage at the Taman Scientex Mosque the night before.

The man was believed to be angry because the doors to the mosque were closed after Isha prayers in accordance with the SOP.

The man was said to have punched the glass door to the mosque until it broke. The glass shard cut into his hand causing him to bleed profusely.

Blots of blood were seen on the floor at the mosque.

Closed circuit camera (CCTV) shows that the man punched the glass door twice until it broke.

He Was Depressed & Misses His Family

Based on preliminary investigations, the sister of the deceased said that her brother worked as a chemical engineer in Johor while his family was almost a 7 hour drive away in Kuala Berang, Terengganu.

It was also said that he has not seen his family in six months.

An autopsy found that the arterial blood vessels and tendon veins in his right wrist severed when he punched the glass door. The injuries and blood loss led to his death.

The victim’s body was referred to Sultan Ismail Hospital (HSI) and the case was classified as a case of sudden death.

If you or someone you know having problems or suicidal thoughts and need immediate assistance, reach out to: