He was said to have been admitted to ICU three weeks prior. 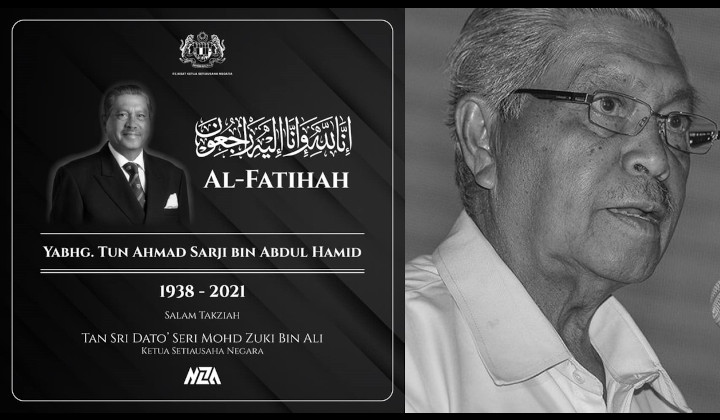 The news was confirmed by his family, and Utusan Malaysia reported Inspector General of Police, Tun Hanif Omar as saying the death was because of complications from Covid-19.

Current Chief Secretary to the Government (KSN) Tan Sri Mohd Zuki Ali, has paid tribute to his predecessor, describing him as a “highly respected Public Service administrator” while in service.

Ahmad Sarji, who was 82, was Chief Secretary to the Government from 1990 to 1996 during the administration of Tun Dr Mahathir Mohamad.

He was also the founder and first Chairman of the Institute of Islamic Understanding Malaysia (IKIM) in 1992. He was succeeded by former Prime Minister Tun Abdullah Ahmad Badawi on 1 September 2015 but then re-appointed as the Chairman of IKIM on 4 February 2019 until today.