New SOPs had relaxed the rules for people who’ve completed their Covid-19 vaccinations. 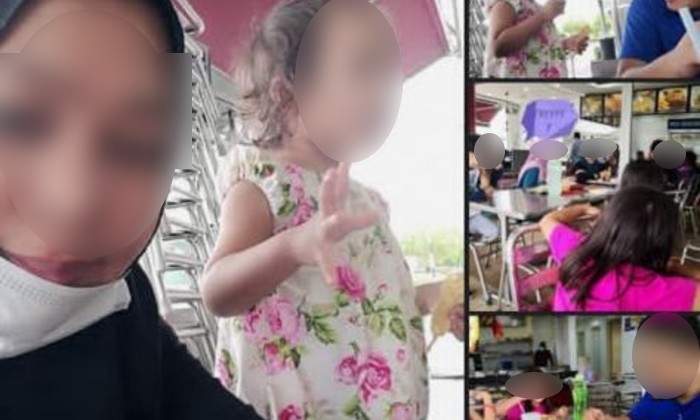 Malaysians are collectively condemning an unsolicited ‘social experiment’ allegedly done by a couple of local anti-vaxxers who refused to follow Covid-19 health guidelines, endangering the lives of those around them.

Netizens were disturbed by a Facebook posting allegedly made by a user named Mujaheeda Soleha who wrote about her recent experience of going around in public without having herself or her husband fully vaccinated for coronavirus.

The curious FB confession details a so-called social experiment she and her husband conducted – where they went around to see if they can get away with not having a valid ‘vaccine passport’.

The last couple of days I’ve been doing a social experiment after it became news that you’d need to complete two vaccine doses to be allowed in anywhere. People who were unhappy with anti-vaxxers say that without two doses, you’d just have to waste away at home. Well, just testing things out for fun. I didn’t go to roadside stalls but SevenEleven, 99 Speedmart and Pizza Hut. I went to every store and not a single premise checked to see if I’ve received two vaccination doses.

The posting also tells of how her husband was refused service at one barbershop, however, managed to get his haircut at another store instead, who apparently weren’t too particular with SOPs.

My husband also did his own social experiment where he went to the barber to get a haircut but was kicked out. Both the barbers worked together to throw him out because he didn’t have two vaccine shots. My poor husband. Finally he went to this one barber shop that didn’t ask for anything.

Mujaheeda also told of how her family had a nice dine-in meal at a restaurant that was crowded with people after they went on a family bicycle ride.

“We saw that there were many people dining in there. So we simply went in with confident faces like we’ve had three vaccination doses. Sat down, ate and left. Not a single person asked or checked.” note the posting together with several snapshots of the couple who were seen dining together at a mamak restaurant with two children.

Concerningly, comments left on Mujaheeda’s posting also note that there were other anti-vaxxers who are regularly travelling across state borders without being vaccinated.

TRP’s own check revealed that the Facebook account and posting in question was no longer available for public view. However social media detectives were not only able to take screenshots of the posting but also apparently managed to track down that the family was living in Klang, Selangor and asked that the authorities act immediately.

The issue had triggered many to call out the couple’s irresponsible behaviour for not only putting themselves and their children at risk but for totally undermining the nation’s efforts at putting an end to the Covid-19 crisis.

A social experiment without being socially responsible. https://t.co/oDWYx41eL7

Looking at her kids, i feel sad for them. For having stupid, ignorant parents. Parents who willing to endanger their kids’ lives all for social experiments, egotistical & ignorance. https://t.co/NxpLeRntfx

On August 20, new SOPs under the National Covid-19 Recovery Plan (PPN) kicked in which relaxed some of the restrictions we’ve been living with under the MCO.

Among these included allowing people who’ve completed two full doses of the Covid-19 inoculations to be able to dine-in at restaurants and perform a number of other limited activities while still obeying new normal guidelines.

Read More: Official MKN SOP For Phase 1 Of PPN As Of 20 August (In English)

This issue however raises the question of how the government and authorities would be enforcing the rules and maintaining the health and safety of the public.

Read More: There Is An App To Verify The New Covid-19 Vaccination Digital Certificate. Here’s How To Use It

There were also concerns floating around that there were now ways for people to falsify documentation and that some are using fake vaccine passports to mislead others.

Former Deputy Health Minister Datuk Dr Noor Azmi Ghazali previously warned authorities to be vigilant of such attempts and said that the government (at the time) was looking to remedy the problem.