Counter suit filed is on the basis of being subjected to emotional distress. 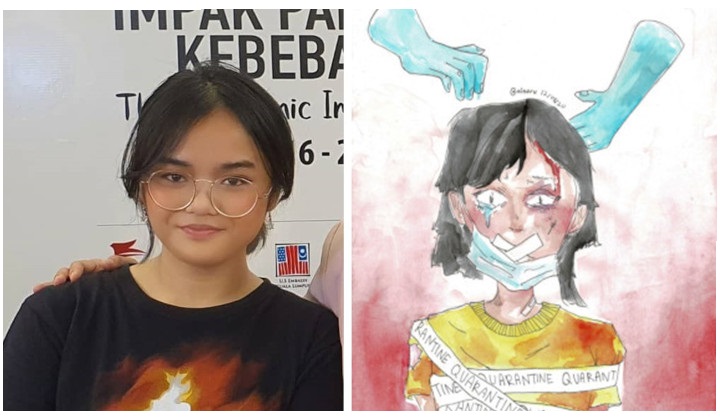 In a turn of events after being hit by a RM1 million defamation suit, Ain Husniza Saiful Nizam will now file a RM5 million counter suit on the basis of being subjected to “emotional distress”.

In a report by the Vibes, Ain appeared shaken and nervous as she arrived at the Sg Buloh district police headquarters today.

How it all started

Back in April, Ain took to her Social Media to reveal a male teacher at her school had allegedly made rape jokes.

According to her, the teacher explained there were many laws protecting sexual abuse against minors and therefore should “rape girls when they are older than 18, not the ones younger than 18.”

While many supported her courageous move, others were quick to be keyboard warriors sending threats and condemning her.

In solidarity with Ain Husniza

The Joint Action Group for Gender Equality (JAG) released a press statement to call upon the Ministry of Education to disclose the outcome of the internal inquiry into the incident, as a matter of great public interest.

The press statement also urged the teacher in question, out of respect for the integrity of the teaching profession, to retract his letter of demand to Ain, and to issue an apology accordingly.

Finally, they call upon the public to support and stand in solidarity behind Ain.

The press statement was endorsed by all 14 JAG member organisations including All Women’s Action Society (AWAM), 107 other organisations and associations, as well as 68 individuals.