Activist groups are saying that she has the right to be unvaccinated. 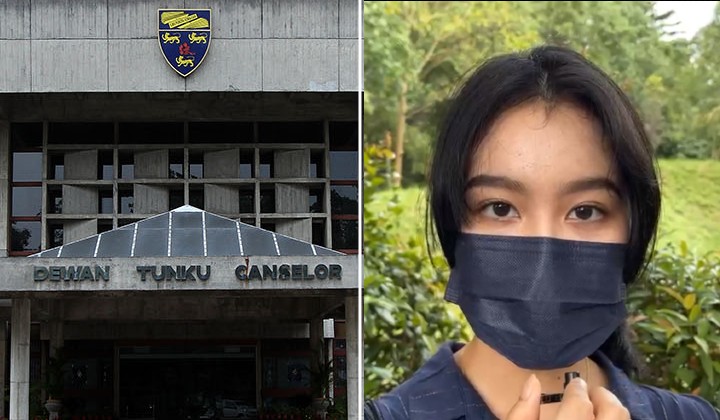 A University Malaya medical student claimed to have been barred from sitting for the qualifying examination because she hasn’t been vaccinated.

It’s reported that Nik Farah Ellisha Mohd Razif, 22, had previously informed the university that she did not want to get the vaccine.

She then agreed to get vaccinated after being pressured by her university, and was going to get the vaccine based on her brand of choice in April.

Farah also said that she applied to sit for the examination separately but her application was rejected.

Nadzim was quoted saying that the association has urged a complete and thorough investigation to be carried out.

Netizens say that the university has the right

Malaysians who saw the protest questioned why a medical student would not be willing take a vaccine although Farah did mention that she wanted to be a good doctor.

Netizens also pointed out that she was actually taking a clinical exam which means that she has to meet people to treat them which will put them at risk.

Another Facebook user also said that barring students from taking examinations is up to the discretion of the university to determine eligible candidates.

The university has responded to the police report lodged by the medical student who claimed that she was not allowed to sit for her examination because she hasn’t taken her vaccine.

UM Corporate Communications Office Director Mohd Khairi Md Jaafar said in a statement, that Universiti Malaya is looking into the matter thoroughly and is open to cooperate with all parties involved to resolve the issue.

Meanwhile, Brickfields district police chief ACP Anuar Omar, when contacted by Bernama confirmed that the report has been lodged and investigations are ongoing.

‘Hopeless’ Student Leads A Successful Life; Comes Back To Look For Teacher Who ‘Look Down’ On Him