This PSA brought to you after a bunch of health enthusiasts got in trouble over the weekend. 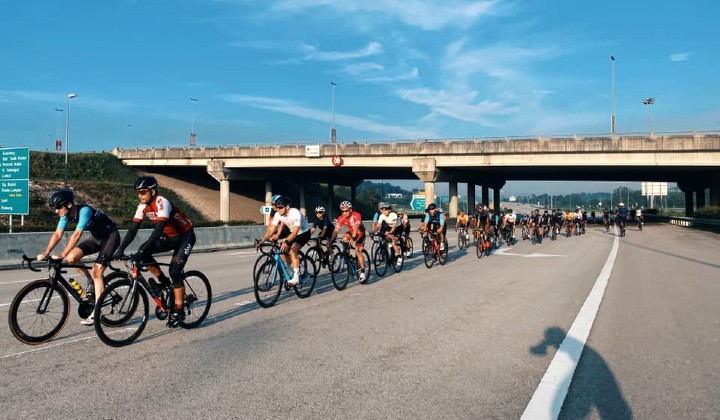 As Malaysia continues to adapt with the total lockdowns, enforcement authorities have come out to clarify some critical standard operating procedures (SOP) concerning our nation’s cyclists and runners.

Reportedly, police have made it clear that denizens are only allowed to cycle as a means of transportation in order to work and not for leisure or exercise.

Subang Jaya Police Chief Abd Khalid Othman was quoted as saying that only the people who are caught cycling for recreation will be saman – as dictated in the Full Movement Control Order (FMCO) SOP.

(By our understanding, this means that you are only allowed to travel on a bicycle as a form of personal transportation like to go out and buy groceries and stuff, and not to exercise or for recreation).

Meanwhile, for those who think that running is a fun form of exercise, guidelines say people are only allowed to jog within the confines of their own neighbourhood.

According to Ampang Police Chief Mohamad Farouk Eshak, people who jog outside their neighbourhoods or residential areas are committing an offence under the Prevention and Control of Infectious Diseases Act (Act 342) and will be punished accordingly.

Providing a useful tip, the Chief said that authorities will be asking joggers for proof of where they live if it so happens they get stopped for a spot-check.

So joggers are advised to run along with their personal identifications or at least a copy of their bills (with proof of address) as evidence that they are not breaking the rules.

Based on the official SOP released by the National Security Council (MKN) Malaysians are only allowed to either jog or perform physical exercise during the FMCO.

Health guidelines also clarified that people must maintain a distance of between two to three meters apart and not engage in any form of physical contact.

Any other sports and recreational activities not listed in the SOP are strictly prohibited.

You can check out MKN’s ‘Negative List’ of banned activities, (HERE).