We also point out what to do if you get attacked by a macaque. 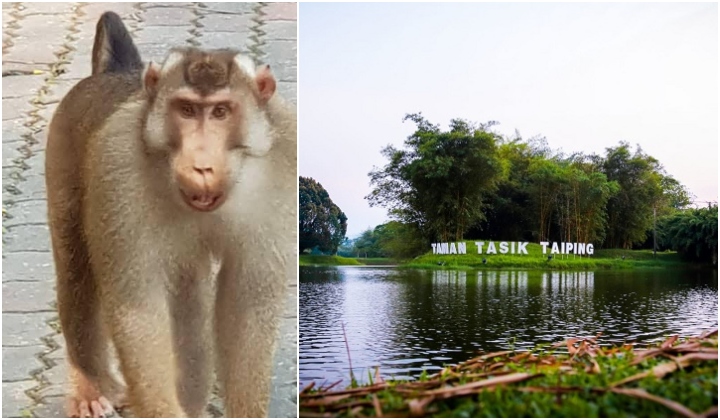 A jogger suffered a severe gash after being attacked by a monkey at Taiping Lake Gardens on Saturday (24 April 2021).

Viral messages on the incident revealed that the female jogger sustained a deep gash on her left calf, while warning the public to be alert of a “troop of baboons” roaming around the inner route of the Lake Gardens, close to the clock tower and zoo perimeter.

According to Malay Mail, the attack involved a male macaque who scratched a female jogger around 8.30am on Saturday, leaving behind a bloody wound.

Following public reports of the incident, the Department of Wildlife and National Parks (PERHILITAN) is on the hunt for the male macaque.

Perak PERHILITAN Director Yusoff Shariff said its personnel have been deployed to look for the macaque but failed to track down the primate. They’re currently working on a plan to capture it.

In the meantime, the department has also asked the public to be more alert when in the area.

How to prevent a monkey attack (especially macaques)

Macaques are generally fearful of humans, but a small number become habituated and lose their fear. They gradually lose their fear of humans and resort to aggressive behaviour when denied food.

What to do if attacked

If an attack occurs, contact PERHILITAN via:
Phone: 03-90866800 (DWNP Headquarters) or the nearest DWNP state office.
Online: e-Complaint via the website (HERE)

In the complaint, the department needs the name of the complainant, IC number, contact number (house or hand phone), location and time of incident occurred and species involved.

According to the PERHILITAN website, they will carry out translocation for a group of macaques which create nuisance. Trapped macaques will be translocated to more suitable habitat. However, culling by shooting or trap then cull will also be implemented for aggressive ones or when the macaque begins to attack humans.