“What I have said on Clubhouse on Sunday did not depart from what I wrote almost two years ago,” he said. 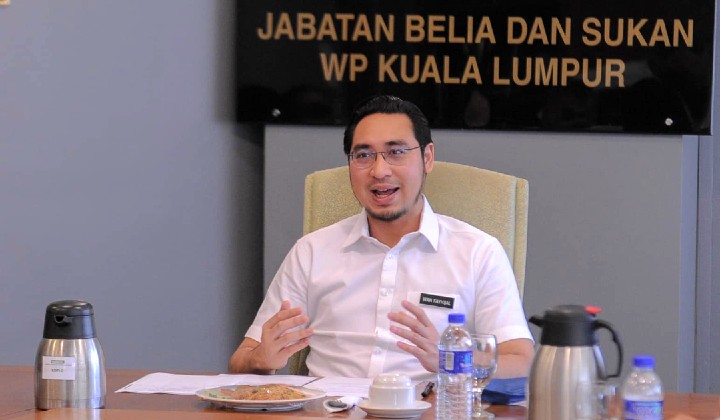 “This was never my intention,” responds Youth & Sports Deputy Minister Senator Wan Ahmad Fayhsal Wan Ahmad Kamal to allegations that he said 18 year old Malaysians are not ready to vote .

The Deputy Minister, who was alleged to have made the statement on an invitation-only social networking audio-chat app, explained that he held a firm belief that with rights come responsibilities, stating, “The right to vote necessarily comes with the moral duty to do so judiciously.”

Yesterday (15 Feb), TRP reported that the Deputy Minister believed that there must be institutionalized political education first in order for Malaysian youth to be ready for the Undi 18 Bill – officially known as Constitution (Amendment) Bill 2019 – to be enforced.

Wan Fahysal’s remarks were in response to a fellow panellist on a Clubhouse discussion on the New Economic Policy (NEP).

In a statement published on his website, Wan Fahysal reiterates his support for Undi 18 while stressing the need to educate voters for them to make an informed decision.

“What I have said on Clubhouse on Sunday did not depart from what I wrote almost two years ago,” he said, referring to a 2019 Berita Harian article on Undi 18.

In a constitutional monarchy and such parliamentary democracy as ours, voter education programmes should rightfully cover subjects such as the supremacy of our Federal and State constitutions, the rule of law, the role of the monarchs as our guide and stay, as well as the indispensable purpose of democracy to safeguard our sovereignty as a proud and independent nation.

Wan Fahysal also clarified the importance for voter education as the country’s democracy relies heavily on the ability of citizens to make informed decisions based on established facts instead of speculation and extrapolation.

The Deputy Minister ended his statement with a call to work together on the issue.

My clarification on media report with regards to Undi 18.https://t.co/5CYYMVsVHU

Despite the Bill passing Parliament in July 2019 and making history as the first successful constitutional amendment which received support from both sides of the political divide, the Undi 18 Bill has effectively been in limbo for almost two years.

Election Commission deputy chairman Azmi Sharom explained that the law can only come to effect after the automatic voter registration is sorted out, which is estimated to be completed by July 2021.

However, many have called for Prime Minister Tan Sri Muhyddin Yassin to state his commitment in implementing this Constitution (Amendment) Bill 2019, and to confirm whether such implementation will really happen in July 2021.