The restaurant was struggling to keep up with orders before the 8pm deadline. 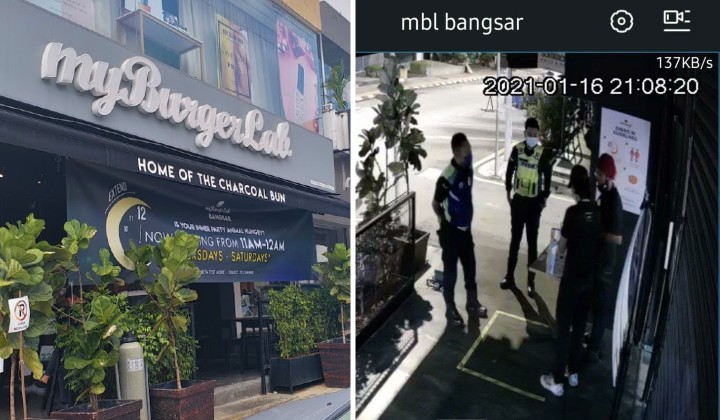 A good number of myBurgerLab patrons had to go hungry yesterday as the restuarant was forced to close before they could complete their food orders. In response, the restaurant issued an apology, asking customers who had their orders cancelled to PM the restaurant directly.

One of our most basic duty in running a restaurant is to feed those who seek food from us. And today we failed some of you.

The Bangsar branch of myBurgerLab was flooded with orders from their delivery partner right before the restaurant had to close at 8pm to comply with the new MCO rulings.

The restaurant posted images from their CCTV footage which showed easily half a dozen delivery riders still waiting for orders to be completed at 8.30pm.

By 9pm, the police had shown up at the restaurant to enforce the MCO ruling, which demands all restaurants to be closed by 8pm.

Still, the burger restaurant’s customers were understanding and many commended the chain on their sincerity.

Why did they have to close?

The new ruling is one of the more unpopular SOPs during this MCO, as many have complained that 8pm is too early for restaurants to close.

Additionally, for many people, work only ends in the late evening, giving them very little time to buy and takeaway their dinner. For people who may have late-night shifts, it’s even worse, as they can’t even pick up something to eat at a convinience store anymore, as they close at 8pm too.