MetMalaysia has been issuing weather warnings for the East Coast since mid-November. 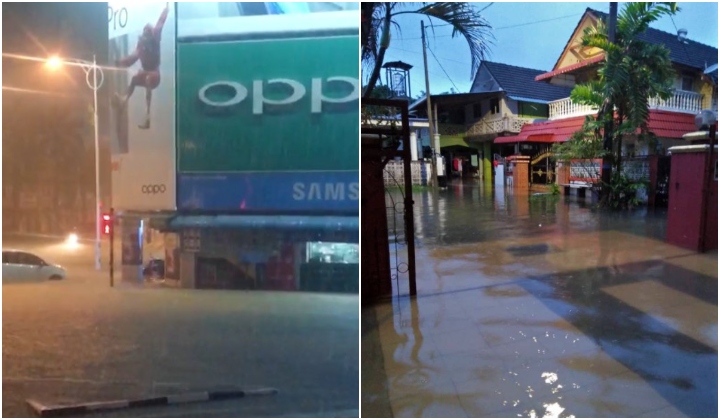 The Malaysian Meteorological Department (MetMalaysia) has issued an orange-level warning for several areas in Kelantan and Terengganu indicating a bad weather forecast today.

This weather situation can trigger strong winds, particularly in the coastal stretches of the east coast states in the peninsula.

Yellow for “beware – situation not a serious threat yet”
Orange for “bad – residents in affected areas should prepare for bad weather”, and
Red for “dangerous – severely bad weather that requires evacuation”.

Weather warnings issued for Kelantan and Terengganu since mid-November

On 18 November a red-level alert for “continuous very heavy rain” in Terengganu was issued before the first wave of floods occurred in Setiu.

About a week later, authorities reported a second wave of floods on 24 November. Almost 200 residents in three districts in Terengganu had to be evacuated due to several low-lying areas becoming inundated with floodwaters.

Weather warnings have been issued for the past week as well. A quick check of the weather forecast for Kuala Terengganu alone shows continuous thunderstorms and heavy rain day, noon, and night until Saturday.

MetMalaysia expects strong north-easterly winds of between 50 km per hour and 60 km per hour and waves as high as 4.5 metres in the waters off Kelantan, Terengganu and Pahang which may cause the seawater to rise along the coasts and at river mouths.

Perak, Selangor, Kuala Lumpur, Putrajaya, Negeri Sembilan, Melaka, and Johor are also expected to experience thunderstorms, heavy rain and strong winds this evening and in the early part of tonight.

The weather is forecast to be similar in the interior of Pahang, western Sabah and western Sarawak, and the situation can cause flash floods in low-lying areas as well as structural damage.

39YO Lorry Driver Nabbed With 2.2 Tonnes Of Ketum Leaves In Kelantan