It’s going to be restored in stages by today. 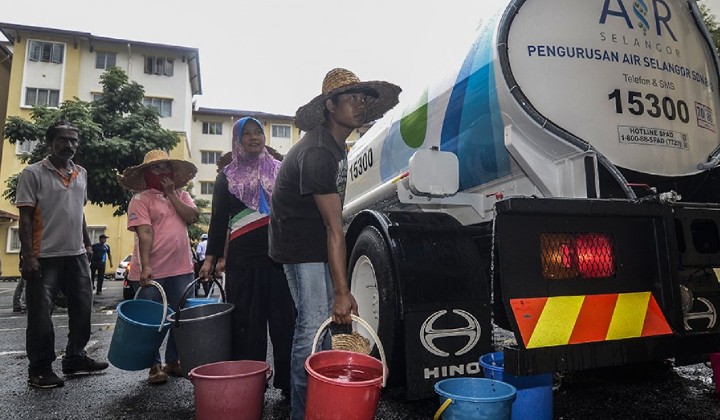 Water is coming back to the Klang Valley.

A day after the latest contamination incident, water supply in Klang Valley is expected to be restored and the authorities have identified and captured the suspects who are responsible for the latest disruption.

Water supply expected to be restored by 3.00 pm today.

Air Selangor has confirmed that Sungai Selangor phases 1, 2 and 3 and the Rantau Panjang water treatment plants are operational again.

The company said the supply will be restored in stages by 3:00pm after assessing the quality of water.

KASA has had enough

The Ministry of Environment and Water (KASA) offers a reward of RM5,000 to any party who provides information and evidence of the perpetrator who caused the pollution of raw water resources in Sungai Selangor.

Its Minister, Datuk Seri Tuan Ibrahim Tuan Man, said rewards were offered in line with the government’s commitment in Budget 2021 which provides special provisions for the dissemination of information on misconduct and violations of the law, including the issue of river pollution.

The police have remanded four suspects, aged 33 to 43 with alleged ties to the latest water pollution incident.

Arrests were made Gombak, Damansara and Kelana Jaya and according to reports, the investigations revealed that the premises in Jalan Velox 2, Rawang was registered under the female suspect.

The rented premises was used to stockpile chemical materials classified as scheduled waste. It is suspected that the chemical was dumped into the toilet.

This was later confirmed by KASA and also the Selangor state government.