Some just returned from Sabah, while others had been in close contact with confirmed patients. 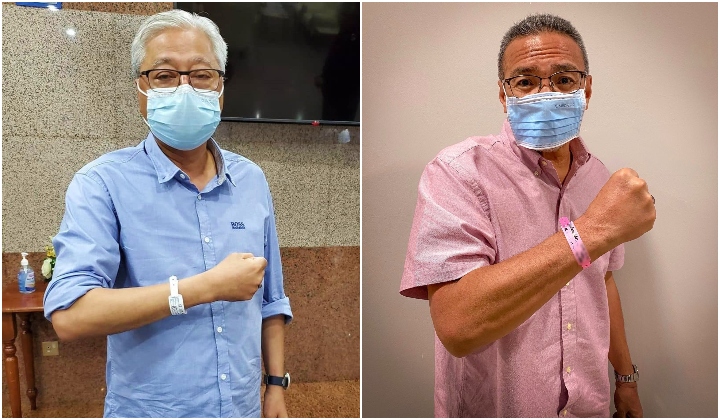 The government’s weekly Cabinet meeting that was supposed to take place today has been cancelled as a precautionary measure after some ministers were not able to attend.

These ministers were still under mandatory quarantine order as some had just returned from Sabah, while others were under home surveillance for being in close contact with Covid-19 patients.

Ismail Sabri, through a Facebook post, confirmed that he had taken a swab test upon returning from Sabah and was currently under a home surveillance order while waiting for the results of his second test.

Meanwhile, Hishammuddin also confirmed on Facebook that he has been instructed by the Health Ministry to undergo a mandatory home quarantine order from Monday (28 September).

Like Ismail Sabri, he had also been in Sabah during the elections. Hishammuddin was in Pitas, Sabah, stumping with Barisan Nasional’s Pitas candidate Sufian Abdul Karim who has since tested positive for Covid-19.

Earlier this week, Ismail Sabri announced that those returning from Sabah starting 27 September will be given a swab test upon arrival and be put on a home surveillance order (HSO) while waiting for their results.