But Mahathir still welcomed a new party that wants to beat corruption. 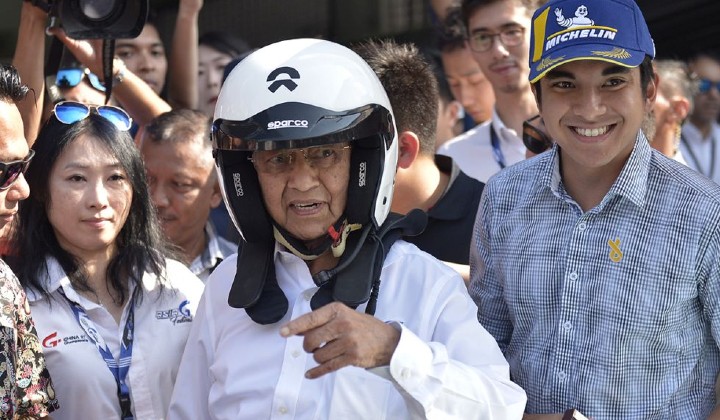 He said that despite being a large demographic, it wouldn’t necessarily translate into success at the polls as a constituency is made up of more than just young people.

Although the youth is a very big portion of the electorate, it is not enough for the people just to win because they have the support of the youth. In any constituency, there will be old people, there will be young people. We are going to appeal to the young people as well. If he appeals only to young people, it is difficult for him to succeed.

Despite the statement, he welcomes the move made by Syed to create his own party, especially if it aims to bring down corruption.

But we are a free country, he wants to do things on his own. He used to be a strong supporter of Pakatan Harapan (PH) but now he feels he needs to break away from us. So, we have a good relationship with him. We have no problems if the objective is to fight corruption and things like that.

Meanwhile, Syed Saddiq took to social media to respond to the former Prime Minister, saying that the party is for all Malaysians.

This is a party led by Youths FOR ALL MALAYSIANS.

We may be Young, but we love Malaysia 🇲🇾💪🏻 https://t.co/YnDljlVAtU

It was previously reported that the former Youth And Sports Minister dismissed joining Mahathir’s new party, Pejuang, but will instead form his own political party which will be multiracial and youth-driven.