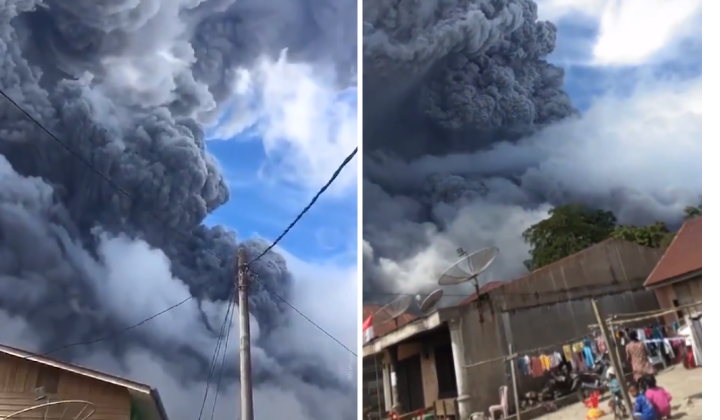 Mount Sinabung in Indonesia erupted recently with ash being spewed as high as 5,000 meters (16,400 feet) into the sky.

According to reports, nobody was hurt or killed by the natural disaster.

The effects of the eruption can be seen as far away as 20 kilometers as people in Berastagi, a tourist destination city in North Sumatra province, had to switch on their headlights in daylight to be able to see through the ash.

Videos started circulating online – captured from locals who recorded the event near the volcano with the footage showing the thick ash engulfing the sky.

This is actually the third eruption of the volcano since 8 August, when the volcano spewed an ash column as high as 4,460 metres.

Indonesia has more than 120 active volcanoes, including Sinabung, which is prone to seismic upheavals as it is located on the Pacific “Ring of Fire”.