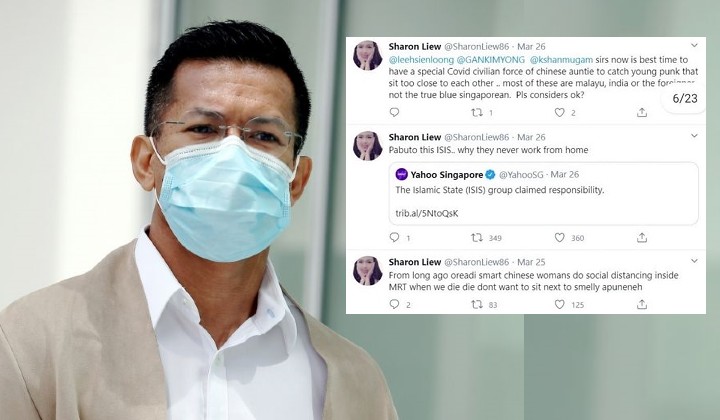 A 34-year-old man was charged in Singaporean court yesterday (2nd July) for stoking racial tensions online under the pseudonym “Sharon Liew”- he was neither Chinese, nor female.

Zainal had actually been posting numerous offensive and racially-charged comments under the twitter handle @sharonliew86 since 2019 and his tweets over Indians and migrant foreign workers.

If found guilty, Zainal may be punished with a jail term of up to three years, fined, or both.

These online incidents are often investigated and charged under Section 505 of the Penal Code and Section 233 of the Communications and Multimedia Act 1998.

Section 505 of the Penal Code addresses for statements that could cause public mischief with a penalty of imprisonment which may extend to two years or fine, or both.

On the other, Section 233 of the Communications and Multimedia Act 1998 describes sharing offensive and menacing content, which carries a maximum fine of RM50,000 or a jail term not exceeding one year or both.