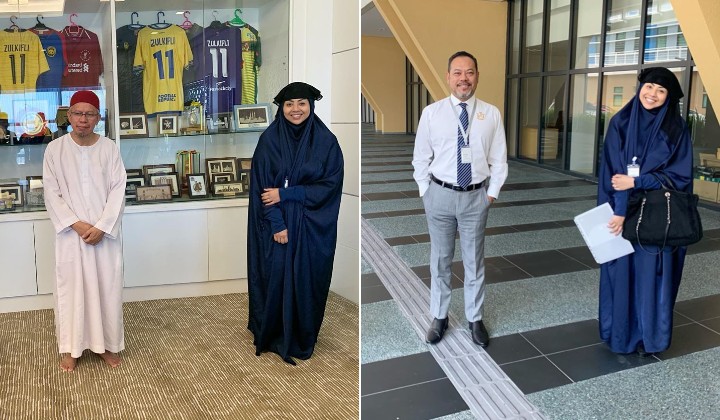 A few weeks ago, his daughter Datuk Nurul Hidayah Ahmad Zahid was called out by Malaysians for being out and about during the MCO. She made a series of postings on her personal Instagram account that showed her with Religious Affairs Minister Datuk Seri Dr Zulkifli Al-Bakri and later with Deputy Environment Minister Datuk Dr Ahmad Masrizal Muhammad.

Now, the Attorney-General’s Chambers has informed the police to proceed with charging Datuk Nurul Hidayah Ahmad Zahid and her husband with the violation.

The federal police’s Criminal Investigation Department chief Datuk Huzir Mohamed said that he has received instructions to charge both of them under the Regulation 3(1) of the Prevention and Control of Infectious Diseases (Measures within the Infected Local Areas) and that the prosecution will be conducted soon.

The offence is punishable by a fine of up to RM1,000, no more than six months’ imprisonment, or both.

The CID chief also confirmed that the police had interviewed the couple on April 18 over the violation.

This came after Nurul Hidayah challenged the public to report her to the police, saying that she “has courage in the face of truth”.