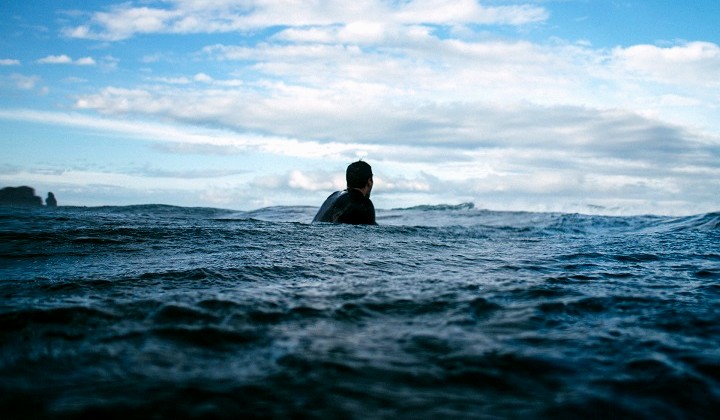 As Malaysia enters Phase 3 of the Movement Control Order (MCO), border shutdowns also means that there are folks who are stranded in the country.

One such case is a Thai fisherman who found himself stranded at the Thai-Malaysian border in Perlis for days following closure of the border checkpoints on 23rd March.

Uncertain about the future and not knowing when heâ€™ll see his family again, the 45-year-old fisherman from Southern Thailand decided to brave the unknown and make his way home by foot.

Armed with a bottle of water and a lunch box, he walked for two days to the nearest border point before reaching a narrow canal about 100 metres wide.

Despite his weakened state, the desperate Thai decided to swim across. Unfortunately for him, he got caught in strong currents and was washed further to the sea.

But luck was on his side and he was found drifting at sea by villagers by the shore of Puyu sub-district in Satun, Thailand.

Satun Marine Police Inspector Pol Lt Col Banjerd Manavej told Bernama the homeward bound fisherman was found exhausted in the afternoon on 13th April, but was pleased to see that he was rescued.

He was brought to hospital for a medical checkup. He is in good condition and he will undergo 14-day quarantine at the state quarantine facility in Satun.

While he did manage to get home, the fisherman still has to face the consequences of his actions. He was charged for illegal entry and fined 800 baht (RM100).

The Thai-Malaysia border remains closed as the country continues to battle Covid-19. However, Thai citizens stranded at the Malaysian border will be allowed to return from 18th April if they meet conditions set by the Thai government.

Malaysia Ready To Open Borders, Faster Disembarkation With Emphasis On Safety And Efficiency