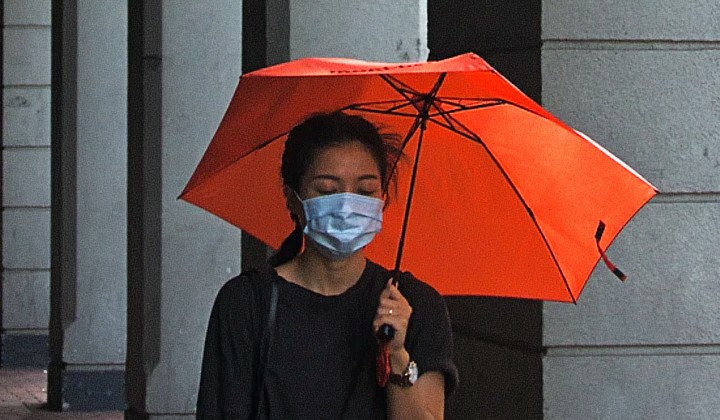 It looks like the COVID-19 pandemic is seeing situations around the world go from somewhat bad, to possibly worse.

Over the weekend, Malaysia reported a jump in COVID-19 infections when 190 new people tested positive for the virus.

This latest cluster of infections is the highest daily spike recorded in the country so far, making Malaysia the worst-hit nation by the coronavirus in Southeast Asia and moves the nation from its previous â€œearly containment stageâ€ to the now â€œlate containment stageâ€.

According to the Health Ministry (MOH), the majority of these new cases were related to an Islamic religious gathering which took place in Kuala Lumpur earlier this month that apparently had an audience of 16,000 locals and foreigners.

MOH had already identified some 70 patients connected to the mass gathering and are making efforts to track down the eventâ€™s participants and have them tested.

The country now has 428 recorded coronavirus cases, with zero reported deaths and a total of 42 people already having recovered from the disease.

Across the world, more than 160,000 COVID-19 patients have been identified, 70,000 people have already recovered, and more than 6,000 souls had been lost from infections, as of the time of writing.

The ban is to stay in effect until the end of April or when the authorities see the situation improving enough to remove it.

Reportedly, Malaysia’s Department of Islamic Development (Jakim) will also be issuing an advisory for the countryâ€™s mosques and Islamic houses of worship to cancel public prayers and religious activities for a period of 10 days following a string of new infections in the country.

Meanwhile, several experts and organizations were also urging the government to implement a national â€œlockdownâ€ or a state of emergency with the objective to contain the spread before the situation regrettably worsens.

Simultaneously, COVID-19 has inevitably interfered with our daily lives and activities.

Apart from the limited supply of protective facial masks and increasingly expensive hand sanitizers, a poll conducted by Astro Awani showed that a majority of Malaysians were actively â€œsocial distancingâ€ themselves and limiting their outdoor activities and travel due to fears of infection.

Caution from coronavirus has also resulted in several local colleges and universities limiting student activities and even opting to temporarily cancel classes in favor of online lectures, while the National Science Centre temporarily shut its doors in light of the viral outbreak.

Over in East Malaysia, the Sarawak state government is looking to extend the school holidays, which is supposed to end on March 13, to March 21.

The state is also considering to call on the private sector to allow employees to work from home while temporarily closing down mosques and places of worship across the state as a measure to counter the spread of COVID-19.

Singapore reportedly installed stricter travel restrictions to limit travelers from ASEAN nations, except for Malaysia. And Indonesia stopped collecting income taxes from its citizens working in the manufacturing industry for the next 6 months as a way to relieve the burdens of the working class as well as to protect the nationâ€™s economy from weakening due to COVID-19.

In Australia, fear and panic over the coronavirus pandemic caused quite a stir in the outback as Australians raided grocery stores and supermarkets in a string of panic-buying behavior that got the best of some of the countryâ€™s citizens.

Over in Europe, the World Health Organisation (WHO) had declared the region as an epicenter for the coronavirus pandemic as China reports a slowdown in infections and with Italy and other neighboring countries recording spikes in COVID-19 cases.

Chinese medical workers who have been fighting the #coronavirus day and night in Wuhan celebrated the closing of the last temporary hospital in Wuhan.

The reported #covid19 cases went from a surge in February of 15,000 in one day to only 15 this week. pic.twitter.com/xWuPd23EfY

Italy became the first country in the region to declare a state of emergency following more than 6,000 reported infections, with Spain and France implementing similar public lockdown measures to curb the spread of the virus.

Oh to be in quarantine from my balcony in Italy singing LORDE pic.twitter.com/GYxZsuuJI8

Meanwhile, in the Americas. Cities in the United States (U.S) announced measures not only to limit public gatherings and activities but is also ordering restaurants, bars and theatres to close down and only continue to serve customers through take-out and deliveries.

While Mexico, in an impressive turn of events, is considering to restrict its borders to control the flow of people entering the country from the U.S in a bid to prevent the spread of COVID-19.